Yep, this post brings you the latest information pertaining to Resident Evil's story. Yes, Resident Evil does have a story. The lastest incarnation in the series, Resident Evil: Revelations 2, stars Claire Redfield and Moira Burton.

Capcom has confirmed at its pre-Tokyo Game Show press conference that Resident Evil: Revelations 2 is currently in development. The horror-themed action game was confirmed specifically for the PS4, but other platforms haven't been ruled out.

Set for release in early 2015, we'll be hopping back in the shoes of original series protagonists Jill Valentine and Chris Redfield. 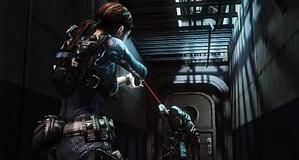