In a nutshell, imagine combining Civilization with Age of Empires, as well as throwing in a smattering of Risk or Total War and you get a game that looks, sounds and IS very impressive.

The auction taking place early next month for 38 Studios' Kingdoms of Amalur and MMO Copernicus has attracted about two dozen interested parties. Among them are "well-known industry figures".

Exactly who will be present at the auction isn't known as interest groups must sign an NDA and the auction itself will be conducted via telephone. Copernicus 'unlikely to be bought and finished'. 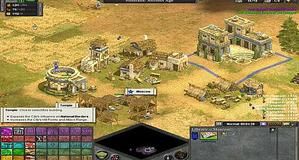