Paradox Interactive released a walkthrough video for Sengoku, a Grand Strategy title for the PC set in 15th century Feudal Japan, set to release on September 13.

The September bound strategy title from Paradox Interactive - Sengoku - has just had its closed beta announced. Signups have begun for wannabe Samurai.

It's a "deep character driven strategy" title based in Japan, and we play the head of an "illustrious" family of Samurai. This is internally developed by Paradox. 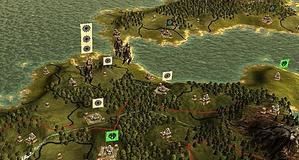