A familiar world with a new story.

During PAX West, Daedalic Entertainment revealed that its upcoming point and click adventure Silence will be released on 15th November for PC, Xbox One and PlayStation 4.

Silence is about a 16 year old called Noah and his little sister Renie. Set during a world war, the pair are taking shelter in an air raid bunker where they are not only protected by the bombardment, but also the gateway between Life and Death – a place known as Silence.

Silence - The Whispered World 2 is set to be released in early 2016 for the PC and sees teenager Noah return to the dreamscapes of Silence where he hopes to find his sister Renie, who went missing in the hazardous real world.

Noah's quest leads to another emotional adventure, where players get to solve plenty of mysteries surrounding noah, his sister and the fictitious world of Silence.

Silence: The Whispered World 2 is the sequel to Daedalic's 2009 point and click adventure The Whispered World. Protagonist Noah (previously known as the clown called Sadwick) returns, but unlike the original, this time you'll be controlling two characters.

Noah is big and strong, but he's something of a coward, and might refuse to enter scary, dark places. Luckily his fearless little sister Renie has no such concerns. 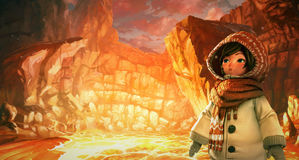 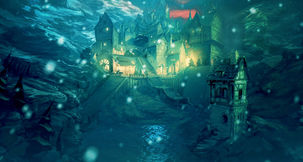