Skylanders franchise tops $1B in 15 months

If you needed a reason why Disney Interactive was riding Activision's coattails by making their own version of Skylanders: Spyro's Adventure with Disney Infinity, Activision has announced that the Skylanders franchise has snagged the publisher over $1B in revenue in just 15 months.

Activision-Blizzard has announced that the publisher enjoyed major profits in both the last quarter of 2012 and 2012 as a whole, thanks in part to the amazing sales of Call of Duty: Black Ops 2.

Activision's Skylanders surpasses $500m in US sales, "humbled" by success

Kapow! Activision announces that their crazy idea of blending real world toys with video games is... actually rather profitable. According to NPD data, US retail sales are over half a billion for it.

That includes all the sales for accessory packs and figures. It's the fastest among kids gaming to reach the $500m milestone. In fact they're outselling Beyblades, WWE and Star Wars.

Insomniac Games developer John Fiorito stated in an interview with IGN that he bears no ill will towards developer Toys for Bob finding unprecedented multimedia success with the Spyro license that Insomniac never quite found with Skylander: Spyro's Adventure. 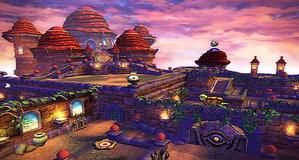