Publisher Ubisoft has delayed the impending Splinter Cell HD collection until late September in Europe, which was expected sometime the first half of 2011.

The PS3 Blu-ray release includes the original Splinter Cell, Pandora Tomorrow and Chaos Theory. Sadly none have their multiplayer components.

Splinter Cell Trilogy gets US delay

Ubisoft has pushed back the PS3 bound Splinter Cell Trilogy collection as it should have been released yesterday in the US. Now it's arriving June 21st.

The Trilogy includes HD versions of the original Splinter Cell, as well as sequels Pandora Tomorrow and Chaos Theory. Europe gets it the first half of 2011.

The Splinter Cell bundle is November 26th bound, while Prince of Persia's lot get a March 11th 2011 date. Sources say Ubi after their own "collections sku". 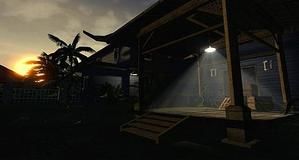