SimCity developer Maxis is looking for a new Director of Product Development or Senior Development Director, as the studio gears up for a "new AAA PC game!" They want experience with "AAA and/or mobile game franchises."

The good news is that Maxis is developing a PC exclusive, and it's a 'big project', but what does this mean for SimCity? Are they committing to a sequel or another IP?

The house that built SimCity, The Sims and Spore is now cooking up some new kind of "simulation style game" reveals a job post for EA Maxis. The studio is after a Graphics Engineer.

The Sims is handled by a dedicated studio so it shouldn't be touching the franchise. Could we get a glorious return to SimCity though? Could Spore get a full sequel? What of Darkspore?

Members of the Blizzard team have expressed "surprise" at the backlash by the gaming community for the announcement that Diablo III would require an internet connection to play, and that they weren't buying the idea that it wasn't DRM, but a way to make sure there was a level playing ground online.

Will Wright has announced at the Game Developers Conference that he's working on his first new game project since Spore, which was released in 2008. 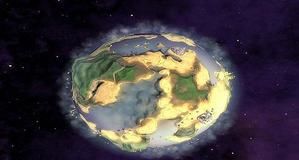