Linda Carlson, director of global community relations at Sony Online Entertainment, has said developers are now "terrified of players," referring to the surge in 'toxic' feedback and personal attacks.

It leads to "severely demoralised" teams when an update displeases the community, causing volatile threats. However, she says, some of this is partly their own fault.

During Sony Online Entertainment president John Smedley's "Ask Me Anything" event on Reddit revealed that he believed that Electronic Arts and Bioware did the right thing in adding a free-to-play option in rival MMO Star Wars: The Old Republic.

Industry site Gamasutra is reporting that Star Wars: The Old Republic executive producer Rich Vogel has left developer BioWare Austin. Vogel, who had worked on various MMOs like Ultima Online, Meridian 59 and Star Wars Galaxies, had been with the developer for seven years. 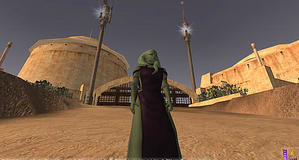