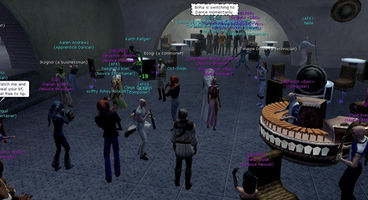 Sorry but they'll be no grinding to pistol skill or taking ground samples for your architect career. Sony is working on an all-new MMO unrelated to that faraway galaxy.

just to clarify a point I made in my AMAA - we have a new game that I think SWG vets will like. It's not a new Star Wars game at all.

During the Reddit, Smedley says he would have done "everything differently" with Star Wars Galaxies if given a time machine or the gift of foresight. Sony Online made radical changes to the core gameplay of Galaxies as time moved on which effectively ended several classes and careers in the MMO. Player-run cities became ghost towns.