In the wake of corporate Disney stomping through LucasArts like a runaway AT-AT, cancelling all internal game development, Raven Software has released the source code for their Jedi Knight titles.

Raven created Jedi Knight II: Jedi Outcast and Jedi Academy on behalf of LucasArts. The studio hopes the fans of these iconic instalments have fun playing around in the code. 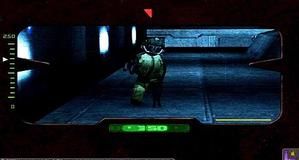