The upcoming expansion to MMO Star Wars: The Old Republic from BioWare is "only the beginning" says a leaked breakdown of the Knights of the Fallen Empire add-on. It has since been pulled from the official website.

There's a third faction threatening the galaxy, according to a capture of the leaked page. It launches October 27th and is "free to all subscribers". We can start at level 60, build an alliance and continue class stories.

During EA's announcement of their E3 2015 line-up they reveal a new story-driven expansion for BioWare's MMO Star Wars: The Old Republic. This new expansion will be focusing on "cinematic storytelling" with all-new dynamic content.

It's so big in fact that we'll have "new worlds to explore, new companions to recruit" and a story that unfolds based on the decisions we make. EA's E3 conference begins Monday, June 15 @ 1:00pm PDT / 9:00pm GMT+1. 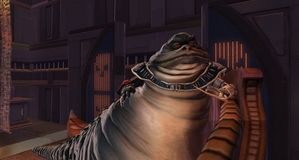