There are a number of minor problems with Stronghold, the new real-time strategy from Firefly Studios/Godgames. However, these flaws don't detract from what is, overall, a thoroughly entertaining experience.

Firefly has announced that Stronghold HD and Stronghold Crusader HD are both now available for purchase from Steam. Gamers who purchase before the 28th October 2013 will get it for 30% off. Those who already own The Stronghold Collection can get it free.

Firefly Studios has announced that the HD re-releases of Stronghold and Stronghold Crusader will be launching the first of next month. They have been remastered to support 2560x1600 resolutions.

Publisher 7Sixty thanks digital marketplaces because it's kept the long running PC series Stronghold alive and well, and the retailed Stronghold Collection too. 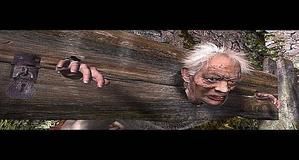