Tales of Zestiria brings the nostalgic flavor of JRPGs that reminds of games like Star Ocean, but it keeps certain things that continue to bother current PC players today, one of which is the cap that keeps it running at 30FPS. Thanks to a new fan project though, there might be a solution.

Tales of Zestiria coming to Steam this October, capped at 30FPS

JRPG Tales of Zestiria is coming to Steam later this year, and publisher Bandai Namco has just revealed that the game will be locked at 30FPS. That might set your 'bad port' alarm bells off ringing, but the firm says it has a good reason for the FPS cap.

The problem is that changing the game's frame-rate has some major effects on its battle system, and Namco says that capping it is best for the overall player experience.

Bandai Namco has just delighted many a JRPG and Tales of fan as they confirm 2015's Tales of Zestiria will be coming to the PC after all, alongside PS4. It's coming to Steam "exclusively for Western fans" of the series.

We follow Sorey and his band of friends as he sets out to become a Shepherd, 'calm' the forces of the Hellion and save humanity and the Seraphim spirits in the process. He's a passionate goody-two-shoes alright.

JRPG Tales of Zestiria might be heading to Steam

Good times for PC fans of Japanese console-only titles right now. We had the excellent Valkyria Chronicles pop up on Steam last year, and it looks like another cult JRPG might join it.

A listing has popped up on Steam for Tales of Zestiria, a recently released title currently only available on the PS3. 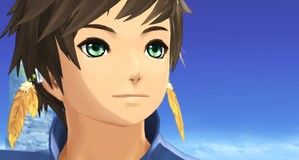