The Chronicles of Riddick: Assault on Dark Athena Summary

The Chronicles of Riddick: Assault on Dark Athena Review

You haven't escaped…you've just traded one hell for another.

Actor Vin Diesel, most notably known as Pitch Black's Riddick or Fast & Furious' Dominic Toretto, has revealed Swedish developer Tigon Studios has pulled itself back together to "create the third game."

The Chronicles of Riddick is that 'third game'. The initial game was made because they had "so much more story" to tell, but couldn't spend tens of millions to flesh it out.

Starbreeze "don't look at it from a genre perspective anymore," it's the experience

Syndicate developer Starbreeze Studios says designing video games, at least for them, has moved on from choosing a genre and then filling in the blanks from there - it's the experience.

It\'s "what kind of game" they want to make which decide "whatever elements" feature in it. Syndicate has to have "top-notch shooting" but doesn't need to compete.

Whatever Starbreeze is cooking with EA's Project RedLime, it just got bigger. It's because they want "creative enhancements" for an "even better game."

It also grew because of "high staff turnover" during the end of 2010. Already the studio say it's their "biggest project" ever. They must "adapt" to market changes.

Developer Starbreeze Studios has "entered into a multi-year, studio-wide" licensing deal with Epic Games to use their Unreal Engine 3 technology.

The Chronicles of Riddick: Assault on Dark Athena Essentials 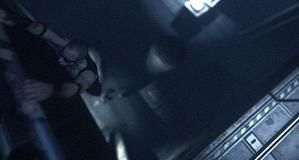 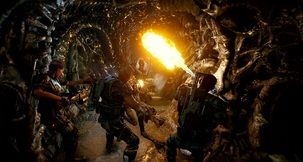 The Chronicles of Riddick: Assault on Dark Athena Review