The middle chapter of this trilogy stands out well all on its own.

Here's what's included in The Incredible Adventures of Van Helsing: Final Cut, out this September 23

NeocoreGames has released a trailer for the upcoming The Incredible Adventures of Van Helsing: Final Cut, showing off all the new features, modes and mechanics that players can expect from the complete collection of its action RPG series.

The new edition packages up all three entries in the series into one 50-hour campaign, reworks and expands the game's skill trees, and contains all the additional tower defense game modes.

A 'definitive edition' of The Incredible Adventures of Van Helsing is set for release this September as developer NeocoreGames announce the Final Cut. This will combine all three campaigns.

They've modified and added new content as well, with six playable classes from the start. They've reworked and extended the skill tree system, and raised the level cap to 80 for the campaign.

The Incredible Adventures of Van Helsing III is the "third and final" chapter, coming to PC in May

NeocoreGames has announced a May release for action RPG The Incredible Adventures of Van Helsing III, which serves as the "final story chapter" in the trilogy. It features six new character classes and dozens of new enemies.

While the civil war in Borgovia may be over, there's now a strange cult prophesying 'the end'. A new gameplay trailer has emerged spotlighting two of the six new classes to choose from.

NeocoreGames' tower-defense spin-off Deathtrap for the Van Helsing series will be springing its deadly traps this February 4th. Currently it's in Early Access on Steam but will fully release early next month.

It's a hybrid of tower-defense and action-RPG, as we must build traps and defenses to thwart enemy waves. We can choose to play as the attacker or defender, and an editor lets us create battlegrounds. 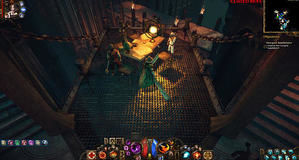 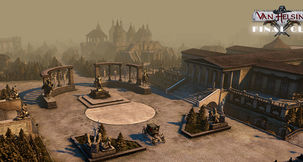