We come to the end of one of the games of the year. Have the hankies ready.. 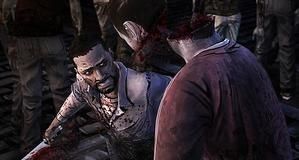