Underworld Ascendant, the new immersive sim from Warren Spector, will be published by 505 Games

The crowdfunded sequel to the Ultima Underworld series that created the genre popularized by Bioshock, Deus Ex, Thief and Prey will be released in late 2018.

OtherSide Entertainment has sent over some screenshots for Underworld Ascendant, which the developers says shows the new "authored look" for its modern follow-up to LookingGlass' Ultima Underworld series.

The artwork for Underworld Ascendant is being handled by Nate Wells, who worked as the art director for BioShock Infinite, The Last of Us, and Rise of the Tomb Raider.

OtherSide Entertainment successfully launched a Kickstarter earlier this yard for Underworld Ascendant, which the developer has described as the "spiritual successor" of the classic Ultima Underworld. The game is being worked on by several former members of Looking Glass, which developed the original game.

One of the best things about reporting on video game news is that you get to use sentences like “lizardmen have been unlocked as a stretch goal” without everyone assuming you're insane.

That's exactly what's happened in Underworld Ascendant's > Kickstarter campaign, which though already funded well past its campaign goal, is still hoovering up some extra cash in its final few hours. 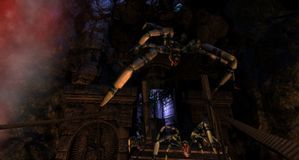 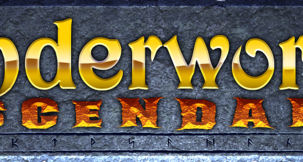 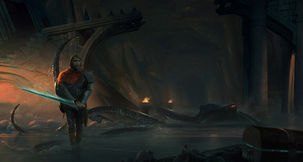