Sony Online Entertainment has revealed the massively multiplayer titles they plan to highlight at E3 2012. Some of them are older MMOs which are receiving new updates, while others are new games that will be released this year.

Sony Online Entertainment has announced that yet another of their MMOs will be converting to a free-to-play model. The latest MMO to switch is 2007's Vanguard: Saga of Heroes.

The MMO, which positioned itself as being for the "hardcore" gamer, originally launched with a host of bugs and negative reviews, with a paltry 242K sales. The game struggled over the next three years as the developer, Sigil Games, dealt with fixing the issues with the game, and at its lowest point, it ran on just two servers, one American, the other European. 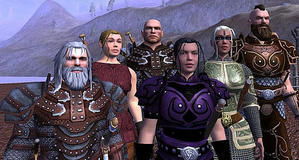