Notch: "Indies are saving gaming, EA is methodically destroying it"

Minecraft creator Markus 'Notch' Persson is angry with publisher EA for daring to put together an 'EA Indie Bundle' on Steam. "That's not how that works, EA," twittered the Mojang founder.

He called them a "bunch of cynical b*stards." Notch added that indies are saving the industry, whilst EA are "methodically destroying it." Mojang's indie days are gone, admits Notch.

Journey and Warp now on US PlayStation Store

This week's US PlayStation Store has thatgamecompany's Journey and EA's Warp front and centre, ready for the North American PS3 crowd to devour at $14.99 and $9.99 respectively.

Warp teleporting onto PC and PSN on 13th March

The Xbox Live Arcade release of Warp was confirmed for the 15th February, which led some to wonder when PC and PlayStation 3 gamers would get to try out some teleportation puzzle gaming for themselves. 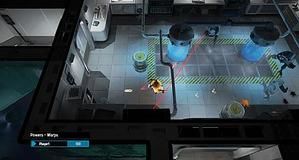