With Wargaming.net now owning Gas Powered Games and picking up the Total Annihilation IP during Atari's auction of licenses, the situation is set up for Chris Taylor to make a proper sequel to Total Annihilation, his notable real-time strategy game.

Chris Taylor's Wildman, after all the ups and downs, has finally been cancelled.

Amidst reports of an uncertain future, Gas Powered Games and its upcoming Wildman title seem to be heading towards recovery. 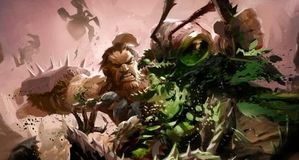