When it comes to PC coolers, it isn’t always easy to trust a new kid on the block. After all, your cooling solution protects your PC’s components, which are often vastly expensive, from harm. It’s easier and more reassuring to go with a ‘known’ name. That said, every now and then a new, interesting company crops up who’s worth a look - and Cryorig is one such company.

Founded in 2013 but only now getting its products fully out into the market, we had a chance to test out the R1 Ultimate, the company’s first top-of-the-line CPU cooler - and it’s quite a beast that is one of the most complex and feature-full coolers I’ve seen without going into the water category. 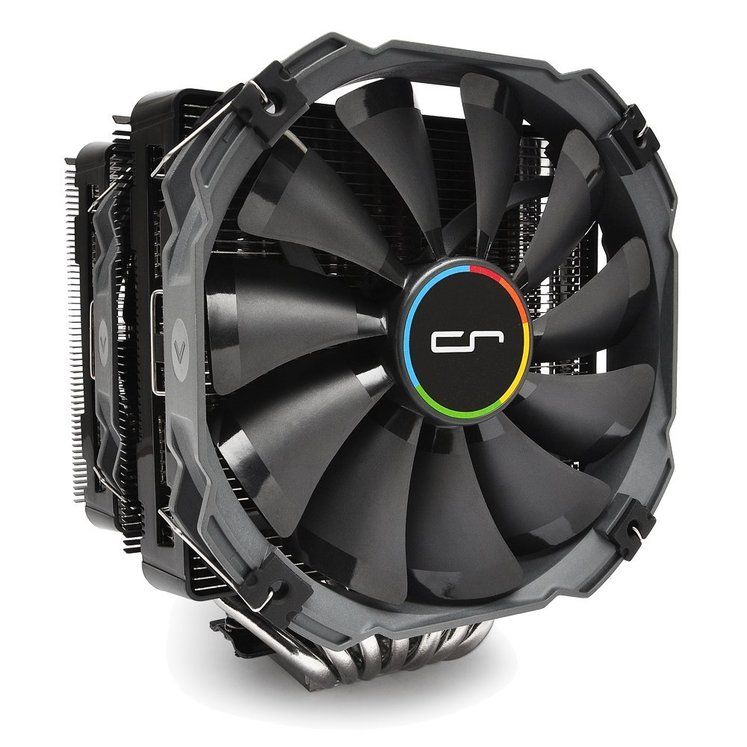 The R1 Ultimate features a dual design that means it features two heatsinks and two 140mm fans stacked atop each other - meaning it has quite a large footprint. This is a cooler primarily for those among you who have larger cases, to be sure - but one that’s likely to really get the air flowing.

There’s a bunch of buzz-wordy features heavily advertised, including DirectCompass, a new soldering technique used on the cooler, and a ‘Convex-Align’ system that basically means there’s more heat pipes to carry the heat away from your CPU. High Precision Low Noise Bearing engineering is used to help reduce the noise and vibration caused by those two larger fans, and finally, most useful, the cooler features the MultiSeg, a mounting system that’s a damn sight easier than most coolers I’ve used.

Included in the snazzy box is just about everything you’d require from this device. The heatsink and its two fans are constructed and ready in the box, but atop that sits a cool cardboard sleeve packaging that when opened functionally acts as a tool tray for while you’re working.

Within that tray are all the key components: everything you need to fit the aforementioned MultiSeg including the useful bonuses of a large multi-use tube of thermal paste, an alcohol pad for cleaning before you install, a product registration for warranty, screws, instructions, power cables, and an incredibly useful Phillips head screwdriver that’s now become my go-to PC tinkering tool.

Before we go any further, it’s probably key to list some key facts about this cooler in an easy-to-read manner – things like its size, so you can judge if it’ll fit your case at all. We don’t tend to go big on the detailed statistics and graphs here at Game Watcher, just the core facts – and here they are:

As previously mentioned, the packaging and the unboxing experience with this product are both enjoyable, but better still is getting your hands on the actual product properly. While it’s doubtless a beast in terms of size, the R1 looks sleek with its black heatsink shrouds, large 140mm fans and an octopus-like, stretching network of pipes.

Beneath the heatsink shrouds there’s actually quite a lot going on. The front heatsink features a more basic design than the rear, for instance, this intended to allow heat to transfer more easily, while the rear features a more complex and comprehensive design. What at first looks like two identical sinks actually is far more complex underneath. 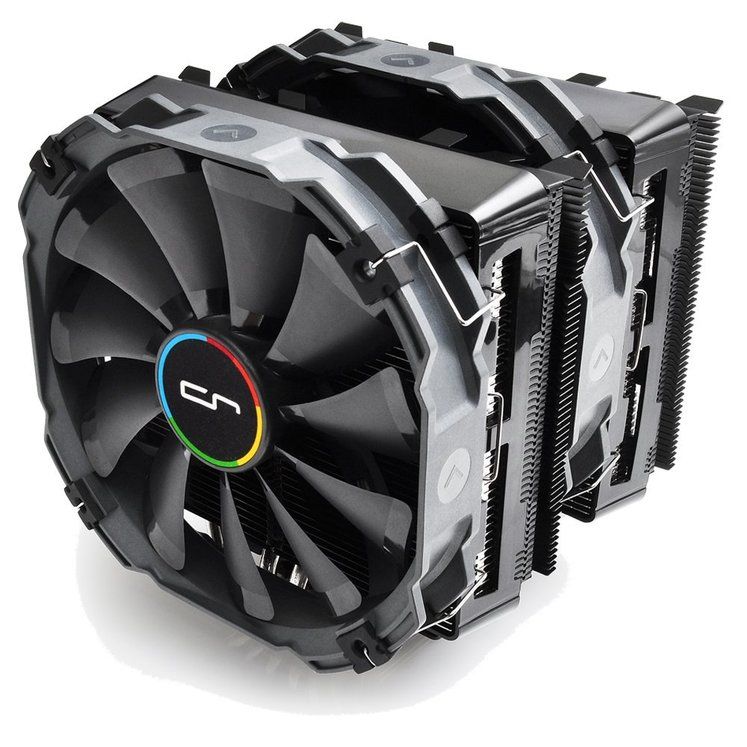 The base of the cooler is C1100 pure copper nickel plated, and cleverly also carries a slight texture that’s barely noticeable on sight. The texture is supposed to increase thermal paste adhesion, and based on later performance tests, we’re inclined to think it’s working out white well.

The MultiSeg mounting works a dream, and it’s actually possible to be set up within a couple of scant minutes if you know what you’re doing. The back plate for the motherboard is well constructed unlike some coolers I’ve used, and while getting your screwdriver to fit in to screw the cooler down can sometimes be a pain – you have to press it through gaps in the heatsink designed to fit the included tool – it’s something that got easier once I better understood the cooler’s layout.

While we don’t do the detailed methodological testing that some more hardware-specialist sites do, we did of course take the time to put the R1 Ultimate through its paces and compare it, performance-wise, to some other coolers in the same machine.

Tested with an i5-4670K at its stock 3.4GHz speed with fans at full speed, the cooler managed to achieve a maximum CPU temperature of 46 degrees – and all this with a noise level that remained significantly lower than a Cooler Master Nepton 280L within the same rig!

In an overclocked setup with the same CPU running at a manually overclocked 4.5GHz the R1 Ultimate performs a little less admirably, with the Nepton 280L closing the gap so that the R1 Ultimate bettered it by significantly less, but it still wins out handily. It also remains significantly quieter in spite of that – at some points running at almost half the noise level in decibels than its rival.

Coming in at a price of £50, the Cryorig Ultimate R1 Cooler manages to hit the sweet spot of matching top notch value with some truly stunning performance. The cooler might have a larger size footprint than almost all of its non-water based rivals, but it makes up for the need for a roomier case in the sheer power and performance it puts in, managing to keep our test machine cool under stress tests without sounding like a chopper attempting take-off in difficult weather – it has to be commended. 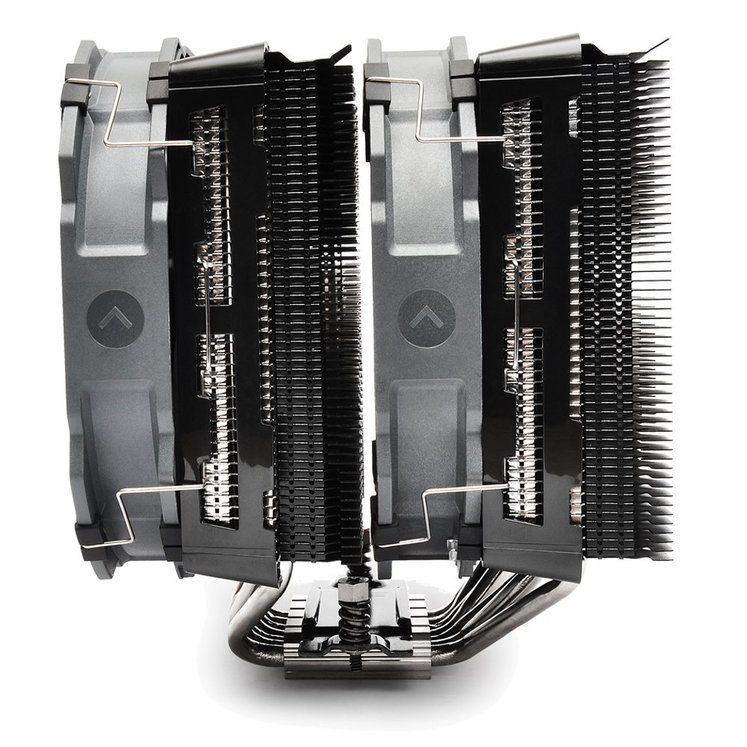 Cryorig may be a new kid on the block, but the R1 Ultimate is a hell of an introduction to the market and makes quite a statement. We recommend it – but if you’re going to pick one up, make sure it’ll fit your rig first!

The Cryorig R1 is available now from eBuyer or via Amazon UK.