We look at quite a few gaming mice here on Game Watcher, and one thing that’s most often true is that gaming mice come packed with features, some of which very rarely actually get used. The latest effort from Cougar seems to buck that trend at least a little, focusing down on a smaller core feature set while keeping the overall bigger picture quite a bit simpler. The end result is a quality product, but one less immediately daunting for a first-time upgrader from more basic mice.

The Cougar 550M comes packing a high-end, gaming-grade optical sensor, a rugged and sturdy design that’s definitely aided by its simplicity, the basic buttons any gamer requires and some neat RGB lighting - essentially a package of gaming mouse essentials, but nothing much more - and that actually works to be one of its greatest advantages. 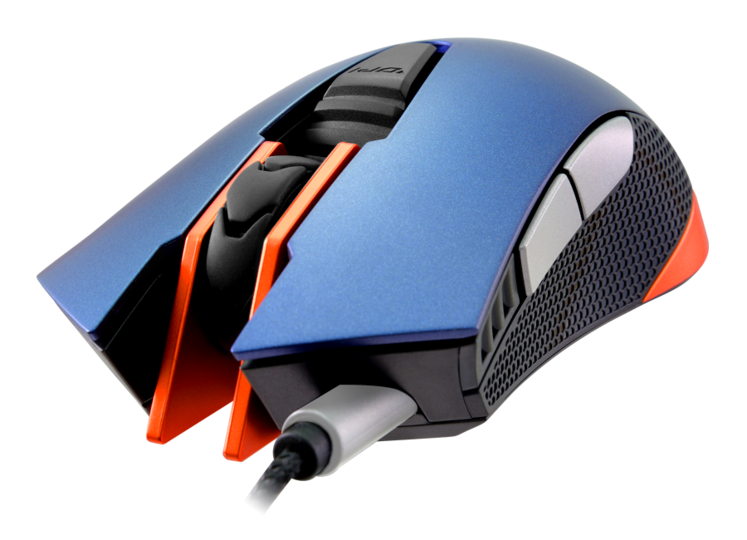 While the 550M features a DPI switcher, almost all over often frivilous gaming mouse features have been passed over in this product. There’s no ridiculous hotkeys or macros beyond the left click, right click, now standard forward & back buttons and scroll wheel or swappable parts - in instead just focuses on being damn good at the simpler focus it’s concentrated on.

All told, the 550M does a great job at that. The optical sensor is capable of pinpoint accuracy up to a whopping 6400 DPI, but it’s of course easy to adjust the sensitivity to whatever level you prefer and even switch between several pre-sets with the built-in DPI switch. The mouse polls at a rate of 1000Hz and claims a one milisecond lag time - all of which seems pretty realistic based on our test use. 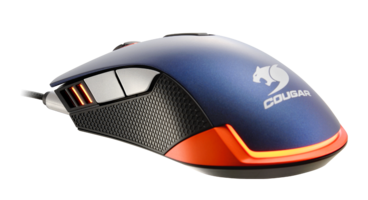 The 550M feels like a solid piece of kit.

The mouse buttons use Omron switches - a quality brand - and are allegedly certified for a minimum of five million clicks a piece - something impossible to test on our part. What we can say for certain, however, is that the mouse and the buttons all feel of a solid build quality.

That’s where the 550M stands out strongest - build quality. While its plastic shell doesn’t exactly scream quality at first glance, picking it up reveals a surprising sturdiness to its build while without becoming overly heavy. In fact, the 550M clocks in at just 120g, which puts it right into the sweet spot for gaming mice as far as we’re concerned. The mouse feels well-centered, too, not suffering that problem many gaming mice suffer where the guts are all focused in one area, leading to a strange imbalance.

That focus on build quality continues throughout the rest of the product; anti-slip material at the sides feel of a high quality also, while the braided cable and gold-plated USB connector are also welcome for the price. The only real obvious downside to the mouse, I found, is that it’s yet another gaming mouse plainly build with right handers only in mind, with its ergonomic design not too lefty-friendly. 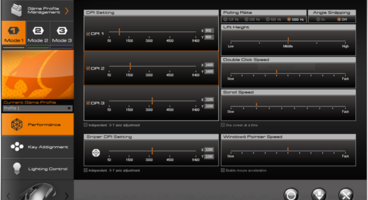 The 550M's software is solid, but leaves a lot to be desired.

The 550M boasts a small amount of on-board memory, meaning that settings you configure will actually be stored on the mouse rather than on the PC in question. That’s a handy feature, allowing you to drag your config anywhere you go - but you’ll still need Cougar’s proprietry software to set that stuff up.

The software does its job quite well, and boasts a far less garish design than many of its competitors - but there’s still a way to go in both looks and its slightly-clunky performance until we’d be entirely satisfied with it.

Once you’ve nabbed Cougar’s software from their website (no disc is included, as is now becoming standard), you can adjust everything from the fuctions of each button, the colour of the full-range RGB LED lighting and so on. It all works quite well, though with so few buttons the button mapping does feel rather redundant.

The LEDs, however, are bright and have a wide range of settings - including turning them off entirely if you find the concept garish. While there’s a full range of colours available from the LEDs, it’s worth keeping in mind not everything will fit with the Cougar’s black, blue and orange design - which thankfully we find to be pretty stylish anyway. 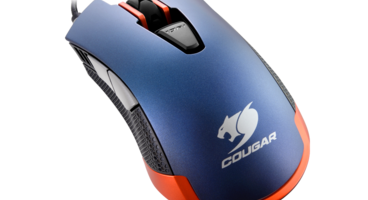 Considering we’ve not looked at any Cougar products before, the 550M came out of nowhere and certainly impressed us.

Coming in at a recommended retail price of around $60 the 550M sits right in the middle of the price range for gaming mice, but manages to be of a higher quality than most others in that price range by simply eschewing more over-the-top features or a more complicated design. Simplicity here works in its favour, but those interested will need to keep in mind that functionality-wise this is rather similar to the most basic of mice - it just offers that feature set at a far higher quality.

The Cougar 550M Gaming Mouse is available now from Amazon and other retailers.