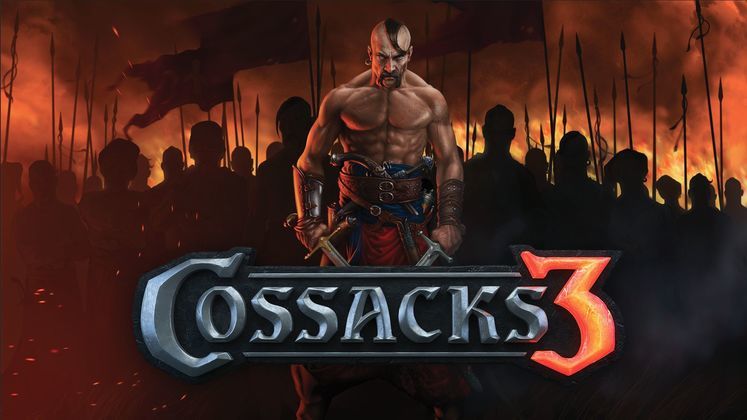 After its well-publicised financial struggles lead to several years in the developmental wilderness, Ukranian studio GSC Game World is returning to the battlefield this year with Cossacks 3, a reboot of its classic strategy series. To find out more, I tracked down the studio’s head of marketing and PR, Valentine Yeltyshev.

GameWatcher: It’s been a while since GSC Game World developed a game. What made you choose Cossacks for your comeback project?

Valentine Yeltyshev: Well first of all the company was not closed in general. We were still working and selling our previous games, and other stuff we had worked on, it was only the development studio that was closed. Actually we’ve been working on this new project for a year and a half, it’s just been our big secret. There were a couple of reasons to head back to development; first of all, we realised the thing we are best at is making good games. So we gathered a team to make a new Cossacks game, with a couple of guys from the team that made the first game, and we decided that we wanted to do something new. We chose Cossacks because that was GSC’s first game, and it started everything for us; without it we’d have no S.T.A.L.K.E.R, no Firestarter, there would be none of these games. We are all fans of Cossacks, we’ve spent hours playing it, so that’s why we made the decision.

GameWatcher: The original Cossacks games were big hits in Europe, but they didn’t quite have the same impact in America. Is that something you’re taking into account for the third entry?

Valentine Yeltyshev: It’s the historical background, I think. The game was set in the 17th and 18th century in Europe, so even Western Europeans were interested because of the playable nations. Germans could play the German faction, Russians could play Russians. I’m not sure why… in general the gameplay was quite similar to Age of Empires, but the game wasn’t accepted so well in America. I think maybe it depends on the historical period, maybe they weren’t interested in playing European factions. That’s why we made American Conquest. But yes, mainly the game was a European game, it sold really well in Germany, the UK, Russia. 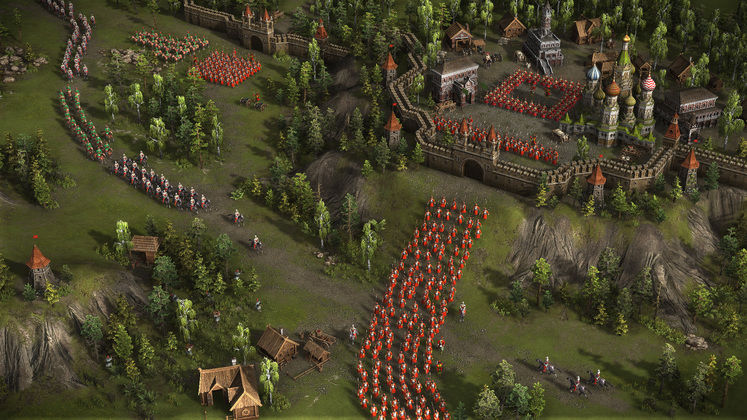 GameWatcher: The series is already known for these large-scale battles. What does the new engine and today’s tech allow you to do that you couldn’t before?

Valentine Yeltyshev: Our new engine is so lightweight that we’ve been testing around 20,000 units on a map, on a computer that is around three years old. It performs really well. Right now we’ve settled on around 10,000 units or so, but we’ll probably tweak that number as we develop. In general armies of such huge size are difficult to control, so during testing me might need to change the numbers. For now it’s 10,000 though, and the engine is super lightweight, and has no problem with that. We want to preserve those huge battles.

GameWatcher: In the previous games you could zoom down and control small groups of soldiers, as well as the larger formations. Is that still the case?

Valentine Yeltyshev: Yes, you can choose a single soldier to give orders to if you want. Every soldier is a unit. Here, you can rule every man separately, all ten thousand of them if you want! It’s a good thing for an RTS, because you can use small squads to skirmish into enemy areas, things like that.

GameWatcher: What about AI? I always feel that’s an area that a lot of strategy games don’t get right, is it something you’ve been working hard on?

Valentine Yeltyshev: Sure, as a basis we’re taking the original AI rules from the first games. We’re actually trying to make this game as close as possible to Cossacks: Back to War, which is one of the first games in the series. We think the gameplay in that was nearly perfect, so there’s no need to rebuild from scratch, we just need to take it and make some minor changes to make it even better. It was really well balanced, so our main task is to preserver all the good aspects of that. 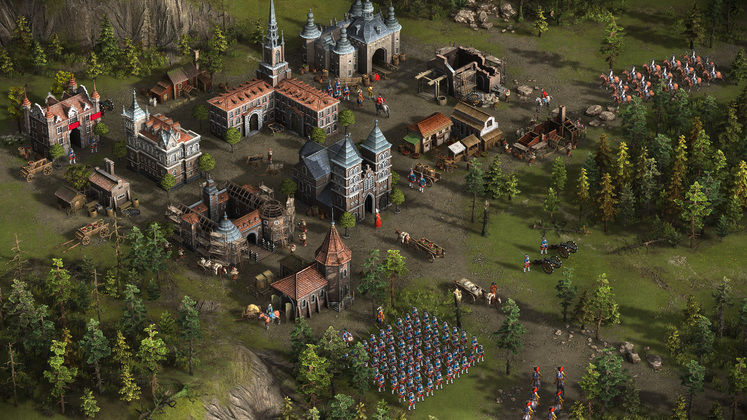 GameWatcher: Does that mean you’re retaining the same system of resource collection and management?

Valentine Yeltyshev: Absolutely, actually if you want to describe Cossacks 3 in short – it’s 80-95% a copy of Cossacks 1. We think that’s a nearly perfect game. We have two purposes; one, to give pleasure to old Cossacks fans, many of whom are still playing the game, but also we want to use new tech and improved graphics to attract younger players who missed the first game. We just give them the opportunity to play a classic strategy game on modern technology. We believed that new RTS fans, even players who’ve never tried strategy games before, will really enjoy it.

GameWatcher: So are you copying the historical campaign mode from the first Cossacks game, or are you doing a new solo campaign?

Valentine Yeltyshev: No, this part of the game will be done from scratch. No copied missions or battles. We have five historical campaign in the main game, and they will be completely new.

GameWatcher: What about multiplayer options?

Valentine Yeltyshev: Actually again it’s close to Cossack 1. All the modes from that game will be here. Battles up to seven, probably eight players on one map. You can arrange teams to play against each other, or a one against everyone deathmatch, you can put AI computer in to replace any player. You can also take on five or six AI with another player if you want, so there’s quite a big level of replayability there. And then the random map generator, there’s a lot of parameters you can choose. Mountains or plains, whether there’s any water and so on, and it will generate a completely new map. So there will be lots of replayability there.

GameWatcher: Will there be mod tools at launch? Do you plan to support modding?

Valentine Yeltyshev: That’s one of the important things we’ve paid attention to. This new engine, the new architecture is so modder-friendly. We will give players the same development suite that we use. There’s no need to change something in the engine, everything is based on scripts, so it’s very easy for modders to make a completely different game. I don’t know, orcs and goblins or something, we are really looking forward to what people can create. It will be very mod-friendly, and all the instruments and possibilities will be included in the first release. 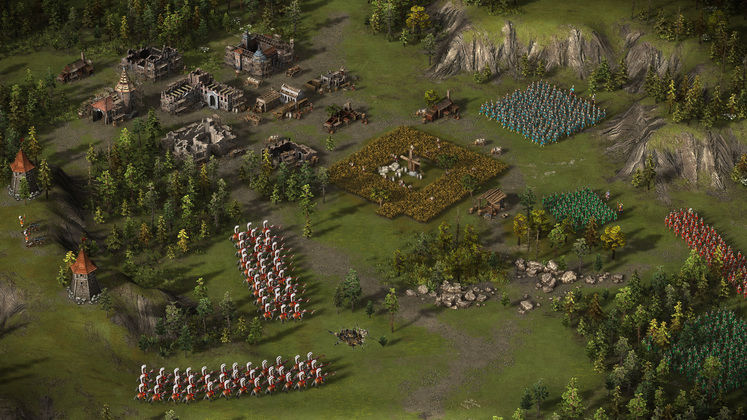 GameWatcher: Were you tempted to go down the Early Access route, like a lot of developers are doing?

Valentine Yeltyshev: Actually we decided not to use it, but there were definitely some ideas for Early Acces. We decided to have a beta test, and after that no Early Access release. The beta test we believe will eliminate all the balance issues with the help of players and the QA team, I think that’s the best way. We don’t want to sell the game when it’s not ready, we want to release the game when it’s ready, and give you the pleasure of playing.

Many thanks to Valentine for chatting to me. Cossacks 3 is set for a fourth quarter release this year, and we should hear more about GSC’s plans for the Beta before then. 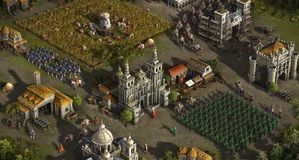 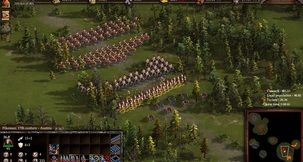 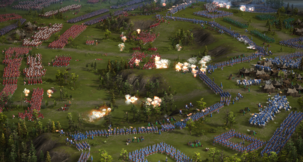 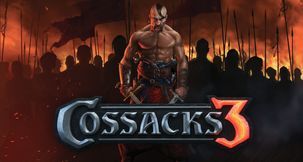