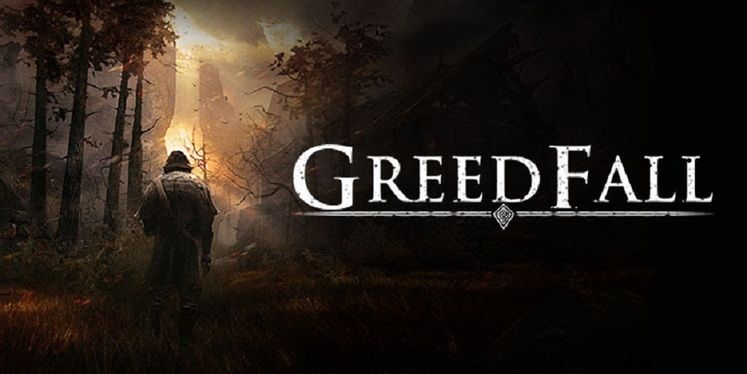 The world is suffering. A disease is ravaging populations far and wide and a remote island mired in mystery and mysticism may carry the cure. Naturally, doctors and alchemists seeking this cure, mercenaries and privateers seeking to profit from it, and many others come to try to crack the secrets of the island. They’re not the only ones there though. Native inhabitants and ethereal beasts stand ready to thwart those who would defile the island. That’s what awaits players when they enter the world of Greedfall, an upcoming role-playing game from Spiders and Focus Home Interactive.

It’s not just about grinding an exotic locale in Greedfall. Players will find themselves deadlocked in numerous factions clashing for supremacy with one another. Combat will help you survive while diplomacy will help you achieve, but where will you fall in this intense web of war and politics? At E3, GameWatcher had the chance to sit down with Spiders Gameplay Manager Sébastien Di Ruzza and Project Manager Marie-Cecile Jacq to learn more. They shared information about the exploration, combat, and balancing act of diplomacy that players will find when they step onto the unforgiving shores of Greedfall. 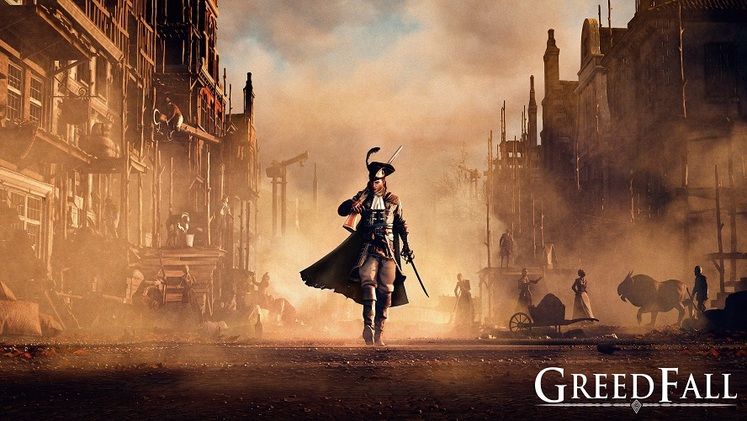 GameWatcher: So take us into the world of Greedfall. What is going on here?

Marie-Cecile Jacq: It’s a fictional 17th Century. We were inspired by art, music and Flemish-style painting, as well as the fact that it was a time of discovery and scientific growth, although alchemy was also still a practice. You’ve got this mainland continent of three nations which represent three of the factions. One is heavy into magic, religion, and faith. Another is all about science and alchemy. The last is a merchant nation that was once an economic power, but is starting to weaken. There’s also a faction of sailors that control most of the transportation across seas and a mercenary faction that is happy to jump in and capitalize when conflict is about. In all of this, there is an outbreak of a weird disease affecting the entire mainland. It isn’t long after that the sailors discover this uncharted island that is entirely free from the disease. It leads every faction to rush there and attempt to claim land and gain resources. Every faction has a big reason to be there. Meanwhile there’s native people on the island that are immune to the disease, take part in an old and nature-driven magic, and are heavily defiant against all of these sudden invaders.

GameWatcher: And who are you in all of this? What role does the player play?

Jacq: You are a prince or princess of the merchant nation and faction and you’ve come to the nation with a dual purpose. Your cousin has established a merchant town and needs help as the governor of the merchant presence on the island. Moreover, your family has suffered from the disease. Your mother is afflicted and you leave home with just as much in not more stakes in the cure than anyone. The disease kills almost everyone, so you’re assuredly leaving her to her death, knowing something must be done.

Sébastien Di Ruzza: It’s not just you and the merchants either. There’s going to companions and party members in the game that come from each of the factions, including the natives. What you do for their factions will gain you influence and trust with them, while doing things for other factions or acting against that faction could anger them. You could just as well bring the companion of a scientist to a place controlled by the religious nation and gain some notoriety for having that companion in your company when dealing with religious characters. There’s a lot of flexibility and depending on how you handle it, you could become great friends with a companion or lose them outright as an available ally. 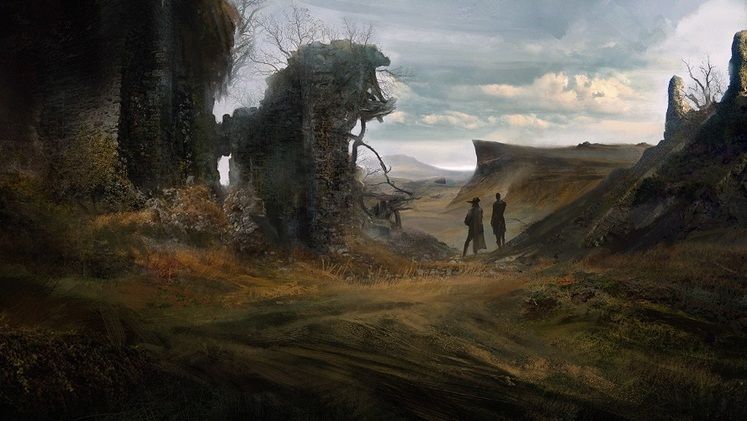 GameWatcher: What about the wilds of Greedfall? Can we freely explore this island?

Jacq: It’s not an open-world game. Players will explore pre-determined locations around the island in Greedfall. That said, we’re adding a lot more space and content to explorable locations than we’ve ever had in previous games. You’ll come across various occurrences, such as magic animals that are far apart from the normal animals on the island and it will lead into a quest to explore new places and solve puzzles to figure out where that magic animal came from. It’s that kind of interactivity we’re aiming at to fill this island when you’re not among civilization.

GameWatcher: Greedfall is a role-playing game, but what kind of mechanics come out when things get intense and the swords come out? Is it going to be an action-RPG, turn-based, or something else?

Di Ruzza: It’s a third-person tactical RPG. We’ve approached this game from the ground up with new and revamped systems for AI, difficulty, and progression, as well as versatility. Combat is tactical and takes place in real-time where players will challenge enemies with various skills and strategy on the fly. Meanwhile, we’ve added a new system to this game that has to do with what we’re calling “critical effects”. There’s a new bar that allows you to activate a critical effect on most characters to do more damage or other bonus side effects. There’s an upgradeable skill tree with options that add all sorts of tweaks to these critical effects as well. For example, if you have a spell that normally effects one enemy, you can tweak it to hit multiple targets, or you can tweak a gun with a critical effect to break enemy armors in one shot. We’ve taken up feedback to try to make this game an enjoyable tactical experience where players will be able to play with all kinds of variety in their strategies. 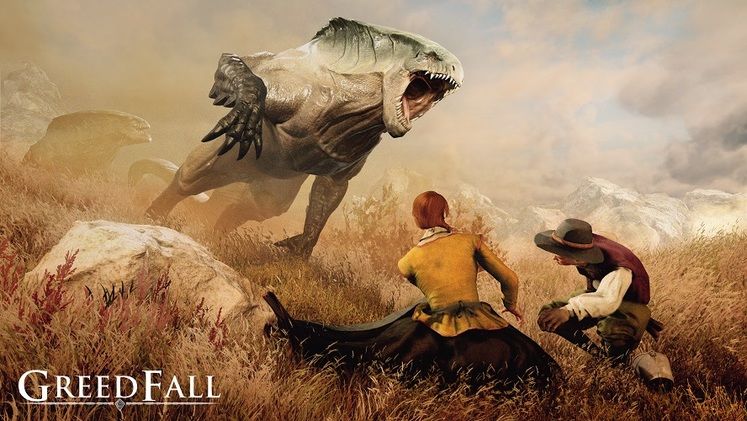 GameWatcher: And exactly does our player progress? Is it simple grinding? Will there be bonuses based on which factions align with?

Di Ruzza: There’s going to a skill tree for leveling your personal character based on combat and a different leveling for relationships. Some of your companions will gain abilities if you improve your relationship with them. As for you, you can build yourself in just about any direction you want. Any weapon you find, even all those used by any enemies, can be used by you and developed with your playstyle. Armor classes and other factors such, alchemy and lockpicking, have progression through various skill trees as well.

Jacq: It’s going to be an experience points-based system. That said, it’s not a class-based set-up. You won’t have to adhere to an archetype or favor one style if you don’t want to. You can really pick and choose which skills you want to develop and build characters with a little bit of everything. If you fight, you’ll get skill points and you can put it anywhere you want. As an example, you won’t just get points in heavy armor for wearing it, but the fact that you are using it might incentivize you to put a skill point in the heavy armor skill tree.

GameWatcher: What about your faction companions? What kind of depth do they bring to your interaction with the world?

Jacq: There’s two levels of narrative we’re building with Greedfall. One is your personal story and how the world sees you for your actions. The other lies in diplomacy and relationships. The more you become friends with one companion, the more they’ll step forward to assist you when it comes to dealing with their people. Moreover, you don’t have to favor anyone. You can just push to keep the peace between sides or gather them against one faction in particular. 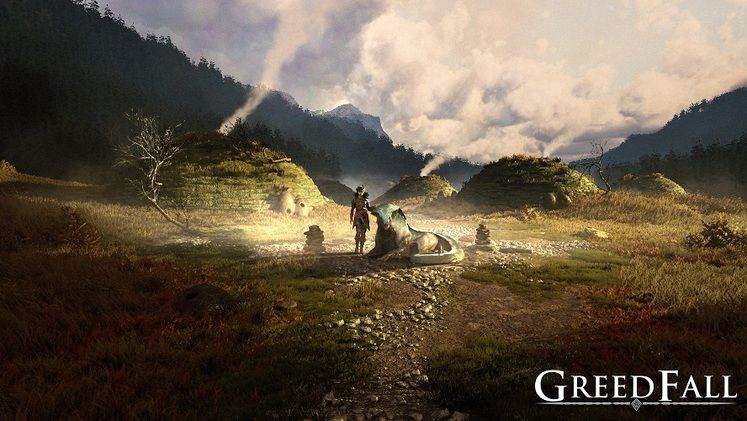 GameWatcher: So there’s ways to work with all factions or stay neutral of all of them? Can you stay neutral without punishment?

Jacq: Yes, it’s definitely a path. We don’t want there to be any sort of binary thing here. We don’t want something as simple as you being good gets you the good ending or being bad gets you the bad ending. Instead, we want something that allows the player to build a story that fits them. The ending that you get won’t necessarily be good or bad so much as reflect what you’ve done and the factions of which you made allies or enemies.

GameWatcher: Is there a way to make everyone angry?

Jacq: Yeah. Everyone could be balanced, or they could all be bloody angry.

Di Ruzza: It can get to the point where a faction’s presence on the island can be altogether destroyed and they can be shoved off the island entirely.

Jacq: We really want there to be some heavy impacts that don’t just come from the dialogue choices. It will also depend upon who is with you when you’re meeting people and what order in which you take on events as you go. If you like a companion a lot and you do their sidequests first is something that other factions will notice. They’ll see you favoring that companion and take note of where you establish loyalties. It’s in ways like that we’re making sure that every action and choice will change the way the following events happen. 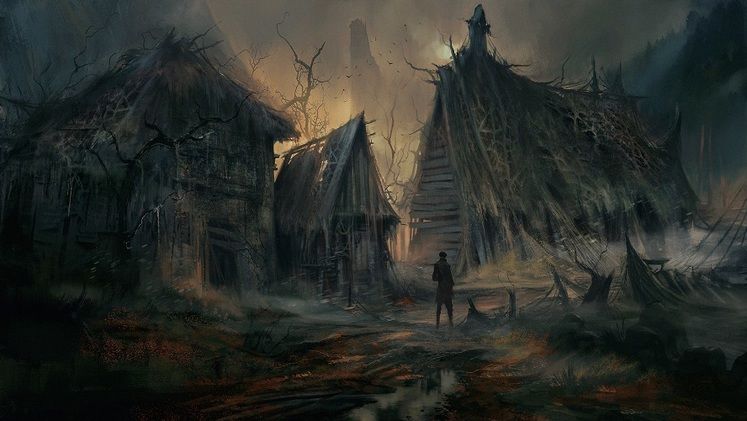 Role-playing games come at a dime a dozen to be sure, but it’s not very often that an RPG pushes you into such a hefty web of intrigue right out of the gate as what Greedfall promises. Playing, bolstering, or dismantling the political relationships between all of the island colonies and the native people sounds like a trip to take more than once if you have the time. Between tactical strategy and dynamic storytelling, Spiders has us interested enough to take this island getaway and see more of what Greedfall has to offer.