How to make something different in the 4X genre 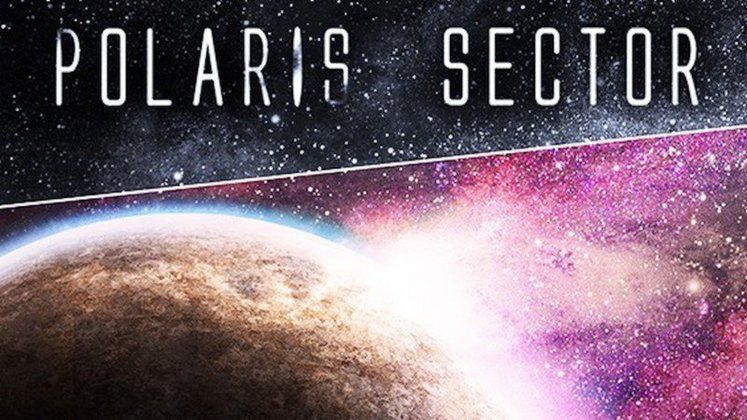 We recently had hands-on time with Polaris Sector, which is a sci-fi 4X game that was released on Steam yesterday and includes a number of unique elements. It’s difficult standing out in this genre, but to those looking for a focus on space combat, this might be the one for you.

To find out more about how Polaris Sector came to be, we spoke with Senior Producer at Slitherine, David Sharrock, and discussed the game’s intricate details and its development.

GameWatcher: How involved in the development process is Slitherine?

David Sharrock: We try to be as involved as possible, really. SoftWarWare is a very small developer and they’ve got a lot of passion for the genre, but they need our help getting it out to the market and with finance, but we’re happy to lend a helping hand for such a strong product. 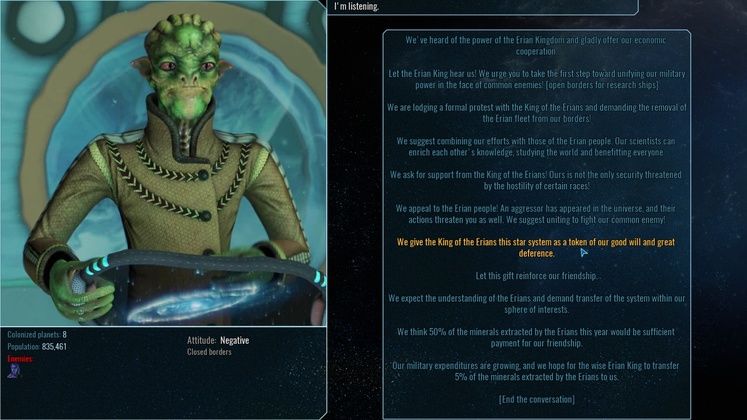 GameWatcher: So whereabouts did the inspiration for the game come from?

David Sharrock: Vladimir, who is the main guy there, has been reading sci-fi since he was ten-years old. A lot of hard sci-fi stuff, so it’s always been inside him. And then things like the original Star Wars films and the big space combat games like Tie Fighter back in the day planted seeds inside for quite a while. During his adult life he became a programmer out there doing his job, and he decided that ‘well, tell you what, I have the skills and the inspiration - I should go and make a game about this’. And so he focused on one thing first, because he wanted to make a real-time, pausable tactical combat game that feels like Tie Fighter or Star Wars where you’ve got lots of ships firing mixed ammunition at each other in a big, bombastic space battle. So he’s built out from that, found that people liked playing it, which allowed him to expand it out to become the Polaris Sector that we know today - which is a full fledged 4X game.

GameWatcher: How did the evolution from that original concept come about?

David Sharrock: I think it’s been over a couple years. He first started to try things out just focusing on the tactical battle side of things. He showed it to friends and that sort of thing. And then a couple of years ago he put an early version of the game onto ModDB to get some feedback, which was very positive, useful feedback and that’s when it came to our attention. So we struck up a relationship with him and said we’d publish the game, give him access to our beta community, to our marketing team, to financial support, to upgrade some of the visuals and we’ll help get it out to market and make it the best game we can.

GameWatcher: It’s interesting that you mentioned ModDB because we see so many indie games starting their lives on that platform…

David Sharrock: Yeah, Vladimir is very much into the mod scene. It’s something he’s built into Polaris Sector. If you look up Polaris Sector on ModDB there’s already a total conversion of the game to Star Wars from one of the beta testers. He’s been very keen to make sure the game is open and available for people to expand and use his starting point for their own inspiration. 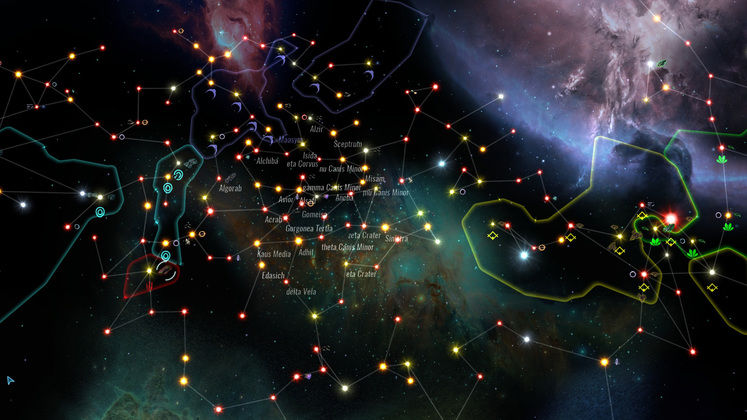 GameWatcher: Do you think he’ll implement Steam Workshop, too?

David Sharrock: That’s one of those things because we’re still getting the game to 1.0, so we’ll see how it goes. If it starts taking off then, yeah, but we’ve also got our own internal Slitherine version of that which works with our DRM-free copies so you don’t have to use Steam. You can download mods without using Steam. So we might do that first, we might then implement Steam Workshop alongside that.

GameWatcher: So what was his approach to making a game that is part of such a crowded genre?

David Sharrock: I’ve had a chat with Vlad about this, and he said it’s very much about finding a single element that’s important to him and working on that. So he started out with making a pausable real-time tactical combat game with lots of spaceships and having big combat. And that’s what he started off with. It takes a long time to start from fresh when designing something like that, but then whilst you’re doing that you start learning things about yourself and what you like and what you’re good at, but also the possibilities of the game. He didn’t set out to make a 4X game, although he’s got a real love for the tactical combat game. As it turns out his skills and abilities meant that Polaris could be the game that it is today.

GameWatcher: Have you found that as the publisher it’s harder to market a game that’s in a niche genre?

David Sharrock: Not at all. We like niche. Niche is Slitherine’s core. That’s the thing, it’s much more of an opportunity than a threat. We’re really at the top of a wave at the moment for 4X games, so there is lots of news about it and Polaris has a lot of unique angles on the genre. So we’re not thinking ‘oh we’re not going out there just revamping something else’. We’re very much making a new offer for the competitive market. 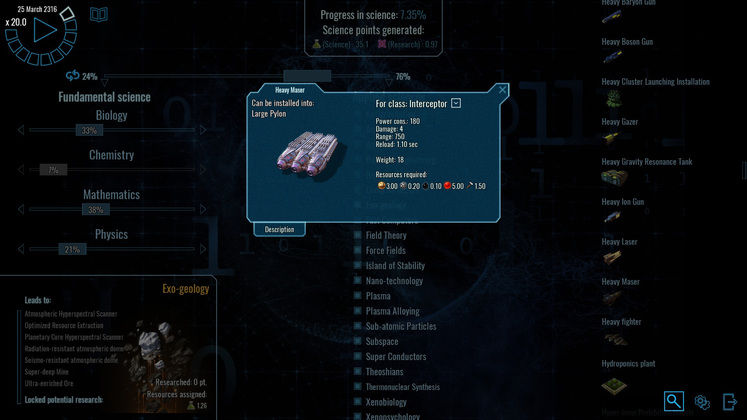 GameWatcher: Have you found its been easier to work with the fans that these games and genre have?

David Sharrock: Yes, we’ve got quite a large and lovely beta community at Slitherine and we’ve had thousands of people wanting to sign up to beta test our games. There’s obviously a lot of interest out there. But then also we’re finding that people like yourself, who are out there watching games and looking for what’s coming. It’s this kind of interview that really helps generate a bit of interest in the game.

GameWatcher: I have actually played the preview build of Polaris Sector, and it’s clear that the combat is the big ‘selling point’…

David Sharrock: I like to think that the crucible of the game is in those space battles. Everything else around it - you don’t have to fight, you can win via diplomacy and defending your allies - but it’s generally a thing of that’s where the technology will take you to test out how advanced you are and whether you’re capable of taking on the enemy.

GameWatcher: With Vladimir evolving this game into 4X, has that provided extra challenges that he hadn’t predicted?

David Sharrock: He’s taken on lots of challenges. He didn’t really have a core 3D artist so his ships in the game were based on existing 3D models. So we were able to work with one of our 3D artists from other games and bring them together with Vlad to add some new designs and add some new dynamic effects to the space battles, which he just didn’t have access to before.

GameWatcher: Has it been difficult to blend all these new different interconnecting parts to make it a compelling gameplay experience?

David Sharrock: I suppose it’s always a challenge when you’re making a game this big, but it’s a really enjoyable challenge. We’ve had quite a few bugs in beta during testing, although we’ve enjoyed evolving the game, tweaking it and tuning it into the most fun and accessible game we can. But it’s also the kind of thing that even after release we’ll be watching any Let’s Plays and the forums to see how people are actually interacting and playing the game. We can then tweak it as we go along, because we know that no plan survives first contact. So as soon as some of the YouTubers out there start playing, they’ll show us some of our critical failings and our excellent areas. And we’d love to work with them to make the game even better.

GameWatcher: Have you found many things have changed from the beta testers feedback?

David Sharrock: Yeah, there has been some interesting changes to the game from the beta build. A lot of it has been a case of tidying some of the technologies and the functionality of the game. So maybe a couple of things have been rationalised, but we’ve also found that people - when they were playing the game - wanted information that we didn’t think they’d want, so there’s an entire new type of layout gone into one of our key economy screens. So whereas previously we summarised data to a very neat format, but players didn’t want that. They wanted every bit of data that we could throw at them. So we added in basically a spreadsheet of data and said ‘here’s your data, go and do what you want with it’. 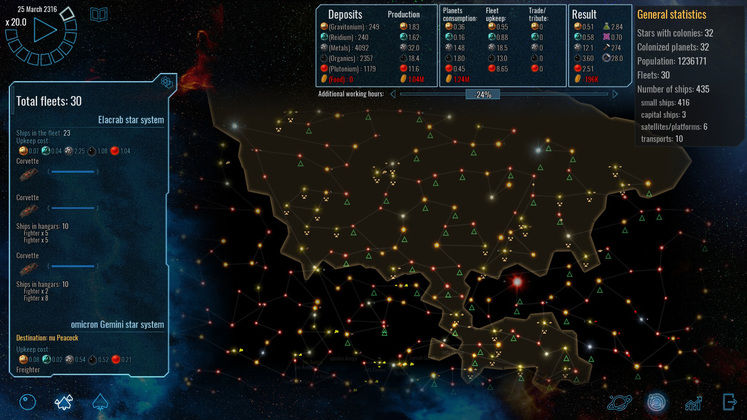 David Sharrock: I think Slitherine’s best, most loyal players want to solve problems. Not just picking solutions on a plate. It’s the kind of game that they want to play. So there is a tendency and a certain group that may want to simplify things and to basically lay it down for you and say ‘to solve this problem you click button A and then you click button B’, but we don’t really want to make that sort of game. We want to make a game that is more open-ended, and you can go and experiment with it to find the best way to do it and to find the best solutions to the problems. And I think most people find that is the most fun way to play.

Polaris Sector is a sci-fi 4X game with a heavy emphasis on its real-time, pausable tactical combat and is available on Steam for £26.99. 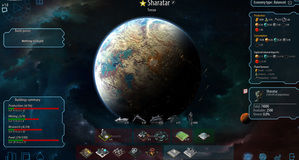