01 February 2008 | By Graymur
The latest version of America's Army: Special Forces has been released. Developed by the U.S. Army as a recruitment tool, the run-away popularity of this online FPS has ensured it's continued evolution. This release incorporates feedback received by the community - decreased load times being a major focus. 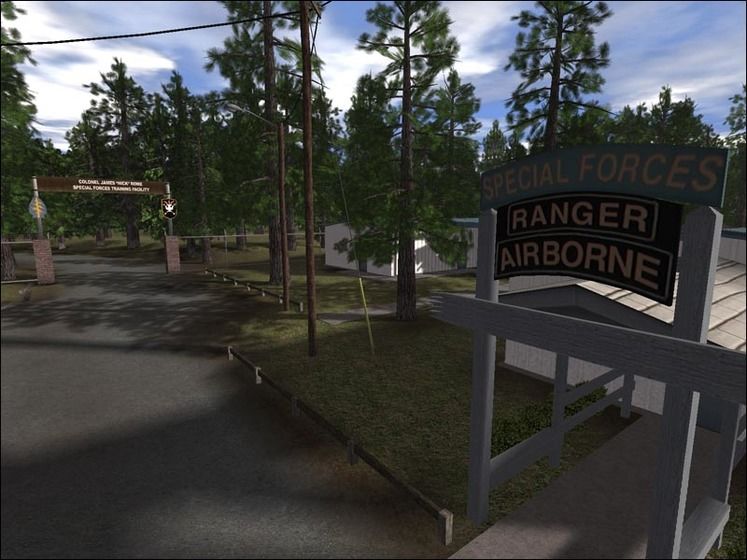 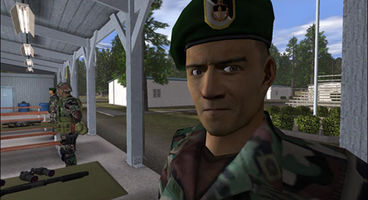 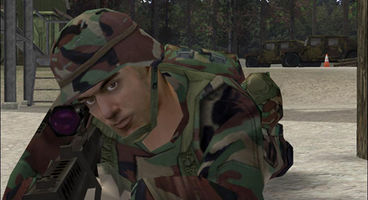 Our goal is to tighten up the game, increase performance and reduce the size of the installers. We improved the frame rate a great deal in this release. Some people have reported as much as a 40% increase - although performance varies based upon your specific system setup.

The new Instant Action mode of America’s Army allows you to quickly jump into the AA action without the need to complete training first. Now with Instant Action Recruit status you can play alongside veteran AA gamers and complete training at your convenience. Instant Action is available on any mission that is not restricted to Special Forces only players. You will need to complete Basic Combat Training in order to achieve honor levels higher than Honor 20, plus you'll gain the benefits of improving your skills as a soldier with each training level you complete! Your Honor will remain at 20 until you pass BCT, at which point you will receive all of the additional experience points you have accrued.

The new AA Loader checks your version of the game to ensure you are up to date with the most current release. It also provides easy links to other community tools and support information. The AA Loader requires Internet Explorer 6.0 or later be installed on your system.

Weapons reload faster then before. Fixing jams and using the supported/unsupported function are also quicker now.

Every Soldier, as a part of a small unit, is a potential information collector and an essential component in achieving situational awareness. The updated SF Extraction mission includes new ES2 gameplay designed to embrace this new ES2 philosophy.

The AA Mission Editor now includes tools to help you set up and capture images for use with the Situational Awareness Indicator (SAI). You can customize the captured images and import them into your maps to enable simple SAI functionality. Look in the 'Tools/SAI Map Image Tools' menu to give it a try.

System Requirements (have not changed)

The current Minimum System Requirements for AA:SF (Overmatch) are as follows:

* 56kbps Modem or other network connection

The current Recommended System Requirements for AA:SF (Overmatch) are as follows:

Important Note for Server Hosts/Admins The cooperative missions will take significantly more CPU resources to run during normal gameplay due to the additional AI processing load (shared between the server & client). Server hosts planning to run Co-Op servers should plan accordingly. In addition, players running a Co-Op server and client on the same machine will experience heavy CPU demand.

It is recommended that server rotations switch only from Co-Op level to Co-Op level, or MP to MP level for best performance.

The internet ports currently required to be open for America's Army v2.8.2 are listed below:

NOTE: This list only includes bugs present in v2.8.2 that have been fixed. Bug fixes related to new v2.8.2 features and certain security/exploit fixes have been removed from this list.

- Demorec: Demorec system does not save files to the correct directory

- Demo Mode: There are no sounds from the pawns weapon when he is firing it.

- Shoothouse Map: Wrong m9 ammo is shown on the table

- Demo Mode: Muzzle flashes are not displayed on playback.

- Weapons: Obtaining 31 40MM rounds with the M203 causes the rifle to malfunction.

- SF Courtyard: Rock/wall causes pawn to get stuck and bounce

- GuildHall SF Old Town: Player able to crawl under Tunnel Alpha floor and see other parts of the map

- River Village: Building has a random ledge sticking out

- Rummage: Player movement is blocked when moving along the wall

- Stats: "Killed while capturing objective" statistic is not being recorded

- Rummage: Glitch on map, unable to move through doorway

- SF Hospital SE: NPC AI cause player to be shielded from live fire

- Rummage : Player gets stuck in one location

- Editor: The "Possible Corrupted Installation" message box can become lost behind the splash screen forcing the user to force quit the application.

- Training, Weapons Familiarization: Pawn rotation is limited to the bipod deployed scope when the weapon is not up

- SteamRoller: Pawn warps across map when jumping on top of telegraph pole

- FOV changes back to normal while weapon is still zoomed

- Player pawn disappears from view when motionless against wall surfaces

- Rummage: Player able to get to barbed wire rooftop

- River Village: Player able to fall through map if jumped on

- Player able to take multiple objectives without standing next to it

- Player can apply Field Dressing while looking through scope or sights

- Medic: Instant reload can be performed when a medic has an empty magazine and reloads while performing a healing action

- Duration of flashbang too long

- Flashbang effectiveness outdoors is too strong

- River Village: Rename the teams to "Assault Alpha" and "Assault Beta" since the level has random spawn points

- Increase the speed of the weapon reload, fixjam and supported/unsupported animations

- Demo Mode: Surpress UI elements from being displayed during playback

- Do not apply points to personal jacket that are obtained during rounds which forceclass is used on honor servers.

- Do not allow server administrators to forceclass individual players on honor servers without cheats being enabled.

- Add support to flag a map/mission as a night time level so that flashbang intensity is not reduced in night time outdoor zones.

When the Editor is launched, the viewports will appear to be missing or all white. To resolve this issue simply go to "View > Viewports > Configure ...", select one of the options and click OK.

When the Editor is launched the brightness/gamma will be increased. Adjustments to the gamma can be made in "View > Gamma Options".

** This issue is specific to systems with ATI graphics cards ** and occurs due to Anti-Aliasing and/or Anisotropic Filtering being enabled. Disabling these settings has been shown to resolve the problem.

Dual Monitor Setup: Unable to move the Editor from one monitor to the other.

** This issue is specific to systems with ATI graphics cards **

To resolve this issue, click the View menu and uncheck "Automatically reposition windows".