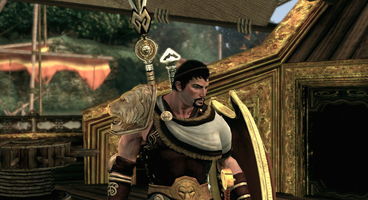 Codemasters today confirmed that the upcoming release of Rise of the Argonauts has been delayed until sometime near Christmas, although Codemasters has told Strategy Informer that the game is ready for release, but it wants to hold back on releasing the game due to major competition coming from some very established brands.

"The game is essentially ready for release - we're currently going through the submission process and we're very happy with where the game is, how good it looks and how well it plays. The issue we have is the manufacturing times in a very crowded time for the industry, and whether we want to be in retail at a time where we're facing major competition from some very established brands.” said the spokesperson.

“We are very keen to release the game in this side of the new year, and it is still likely that this will happen. Rise of the Argonauts is an awesomely epic experience, a story that needs to be told throughout beautifully crafted and well thought-out locations. It will be immense fun to play through and it will easily stand up against the other titles that are being released this side of Christmas. However it is vital that we give the game a chance to breathe in a very crowded market and as a result we are still looking very closely at when to release this epic action/RPG."

Codemasters has also delayed its upcoming third person steampunk shooter, Damnation, as that will now be released in early 2009.