06 May 2008 | By Jamie Davey
Graeme Devine, a Game Designer of Ensemble Studios, has said he would love for a map editor to be included in the final product of the upcoming Halo Wars.

The game is set exclusively for Xbox360 and trades in first-person shooter for real-time strategy, its due for later this year.

"We've got a very powerful map editor, so we've talked about whether we could release that with the game or via Xbox Live and allow people to make their own maps, and then work out a way for users to share the maps," said Devine.

Recently Epic Games have been having some concerns over Unreal Tournament 3 finally arriving on Xbox360 as user content for the UT series has always been a crucial part of the game. Microsoft's approach however makes it unlikely mod teams will be sprinkling their magic on the next-gen console anytime soon.

"I would love for that to be in the final product. Because I think user created content is just fantastic. I think it's absolutely the future, because people love to tell their own stories, people love to make up their own little war campaigns, and there are a lot of people out there who are incredibly talented." 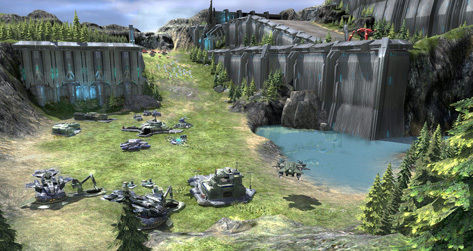