Pirates of the Burning Sea review

08 February 2008 | By Graymur
Simon Priest played Pirates of the Burning Sea from Flying Lab Software. With not too much to choose from when it comes to Pirate-based MMO's, does Flying Lab Software's title give one all that's needed to satisfy one's swashbuckling, fortune seeking desires? Read the review to see what he author thinks. 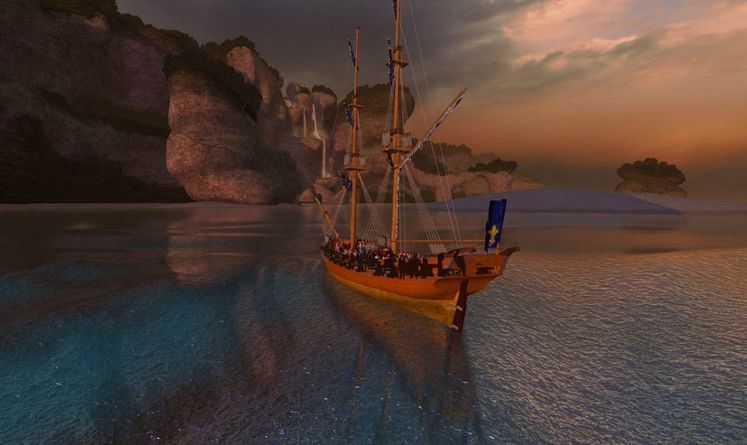 There’s no doubt that Flying Lab have created the best online sea-faring adventure there is for players to get their fix of the Caribbean with such a large, intricate and growing community. Battling in the name of empires has stirred up some fierce patriotism and its fun to defend or lay siege for the glory of your nation. The biggest flaws are the UI and lack of a robust tutorial system which is enough to cripple interest and morale of a new player. There’s so much action on offer and an economic model just waiting for overzealous accountants to wrestle with that it’s still worth the unfortunate confusion in the beginning. Pirates of the Burning Sea is definitely worth a good long sail for anyone in love with the Caribbean of the 18th century. Way anchor and claim your fortune, ship by ship, port by port – just don’t forget your parrot.

Read the Pirates of the Burning Sea review...