Alone in the Dark - Developer Diary 1

As lead game designer on Alone in the Dark my job is to design all the content of the game, the story, and the game’s rules of interaction. I’ve worked at Eden for 6 or 7 years and my last project here was Kya: Dark Lineage. Before that I worked for Infogrames for 6 years, including working as the lead game designer on Sheep Dog and Wolf.

I was always a huge gamer playing a lot at night in my room. I really love video games, but I never dreamed that it would become my job because I didn’t even think it was possible that making games could be a job. So I started to study music in Lyon and to make some money after college I was working as a tester for Infogrames. From that moment I realised that making games could be a real job, so I did everything I could to make it happen, and after two years I had my first temporary contract.

My favourite games of all time are probably Zelda, Half-Life and the first Metal Gear Solid. Zelda because it’s Zelda and it’s maybe the best adventure game ever made because it has such a perfect blend of RPG and action styles – I spent so many hours on this game, I love it. Half Life because it has maybe the best perspective on the situation of gameplay – the first game where I felt like a normal guy in this specific situation and you need to survive. It was a really amazing game when I first played it. Metal Gear was the first time I felt that a game could be better entertainment than a movie, and it was really important for me. And of course, and it’s not bullshit, but Alone in the Dark, the first one. I played so many hours on this game because it was such a huge step in terms of technology and narrative, and it was really amazing. 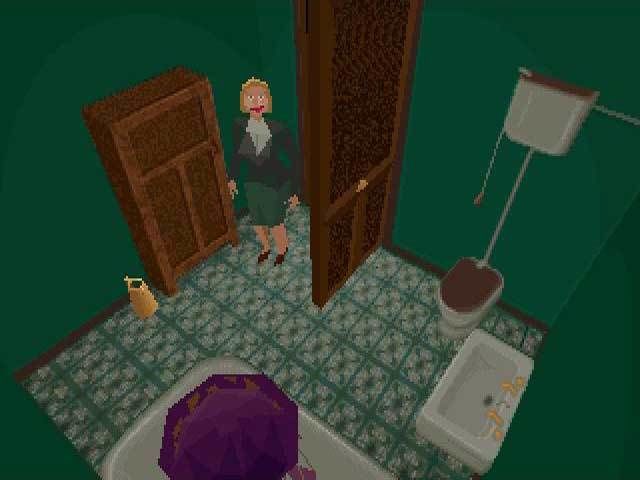 Alone in the Dark is a huge legacy because it was one of my favourite games. It means innovation, breaking the rules, and trying to bring something new in interactive entertainment. It’s a masterpiece, a huge legacy for us. To do a re-make of alone is a kind of gift – it’s something I dreamed about 10 years ago. Honestly, I applied to Infogrames because it was the company that made the first alone in the dark. It’s such a beautiful game, and when I realised Infogrames was in Lyon where I was studying, I applied because of Alone in the Dark, so it means a lot to me have the opportunity to develop this game. It was incredible that infogrames was in Lyon where I was studying.

We have great respect for the first Alone in the Dark and we want to respect the legacy of that, but we also want to put our souls into the new game. I would say the new game is not a sequel, it’s a new approach to the game with new innovations and new rules. Of course you don’t need to play the first one to start this one, but we have little connections between the two games. 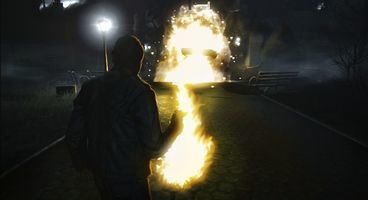 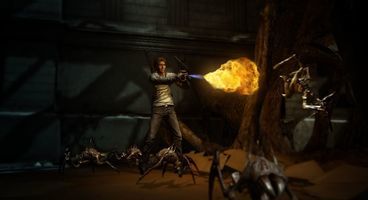 The project started in my mind 10 years ago when I was on a trip to New York city, my first trip to the US. Just after I arrived, I was walking in Manhattan and I went up to Central Park. New York at night is lights everywhere – the city that never sleeps. I arrived in front of Central Park very late at night and the park was very dark. I was in front of this huge dark square and it was really weird – it was such a contrast between the dark square in front of me and the lights in the street everywhere. It was like a parallel world, the world of the light and the world of the darkness – it was amazing. At that moment I had a flash in my head that it could be a great playground for a new Alone in the Dark game. When I came back from the trip I had lots of photos of the buildings around the park and I started to imagine lots of different situations and possibilities for the game, different scenarios in the park, adventure plots and so on. At that moment I was working on Sheep Dog and Wolf, so I put all my ideas in a box. After Kya: Dark Lineage we found out Atari had the brand and we had the opportunity to propose a new project, so I took all my ideas out of the box. We had a brainstorm at Eden and proposed the first ideas for the new game and that was the start of the new Alone in the Dark.