Brash Entertainment is developing Space Chimps for the Xbox 360

15 May 2008 | By Kres
Brash Entertainment today announced the release of Space Chimps, a brand new action adventure game based on the CGI-animated Space Chimps film from the creator of Shrek, John H. Williams (Shrek and Shrek 2), Space Chimps the videogame combines the same colourful world and characters of the forthcoming film with a unique storyline that puts fans in the heart of the action with 11 levels of monkey fun and mayhem.

Space Chimps is a hilarious new action adventure-comedy film that follows the exploits of mischievous young circus chimp, Ham (voiced by Andy Samburg) who happens to be the grandson of the first primate ever sent into space! As a publicity stunt, Ham is chosen to lead an exploratory mission into outer space to investigate a mysterious new planet. But when he and his crew crash-land in a bizarre and beautiful new world and find their lives in peril at the hands of the tyrannical King Zartog, Ham must step up to his dangerous mission to save his fellow space chimps, Titan (voiced by Patrick Warburton) and Luna (voiced by Cheryl Hines), and lead the emancipation of the imprisoned aliens and the planet. 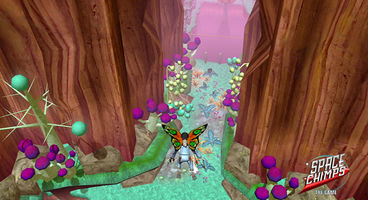 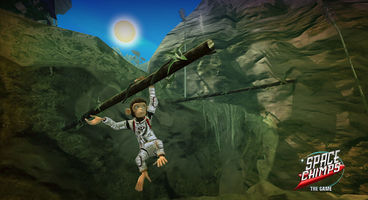 In the game, players can take part in this galactic adventure first hand by tumbling, jumping, climbing and swinging their way through environments taken straight out of the film, as well as explore some unique and unseen planet locations. They can switch between fighting and puzzle solving mode as they travel from level to level playing as Ham and Luna on a harrowing mission through a dangerous inter-universal wormhole. Across 11 levels, battle in two-player co-op style and interact with brand new characters as well as familiar faces from the film and encounter 13 entirely new enemies. The Nintendo DS™ version even offers entirely exclusive gameplay with 3D side-scrolling action and two-player multiplayer.

“The Space Chimps film introduces a colourful cast of characters that fans will love,” explained Mitch Davis, co-founder, chairman and CEO of Brash Entertainment. “We’ve collaborated with Vanguard to create a game that incorporates the characters and world of the movie whilst adding a unique storyline with additional new characters, that will give fans the opportunity to live in the Space Chimp world a little longer.”

“We’re excited about the upcoming release of Space Chimps, and equally happy that Brash is the company that produces the first ever game based on a Vanguard project,” said Williams, who is chief executive of Vanguard Animation. “We know this game will enable fans to extend the Space Chimps experience.” 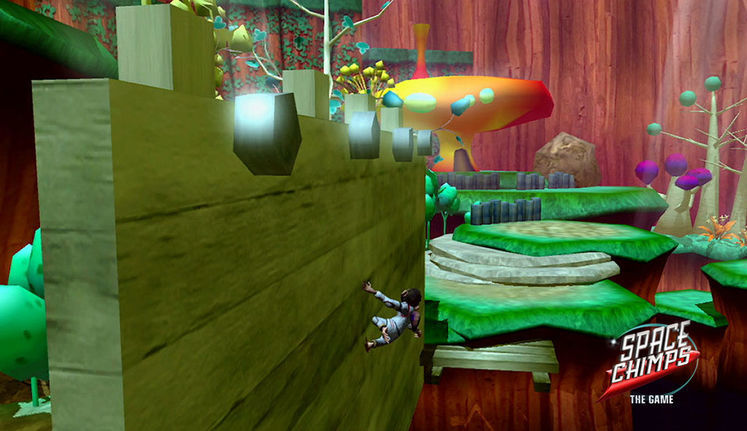