Console RTS an "interesting proposition" but not "good strategy"

27 August 2008 | By Simon Priest
Company of Heroes and Warhammer developer Relic has said to CVG that none of their own real-time strategy games would translate very well on a console.

Relic's Mark Noseworthy does hint though that Dawn of War 2 isn't "a traditional RTS" and would make a much better "candidate for porting to console". Heresy!

"Relic sees RTS on console as a very interesting proposition but so far, it hasn't been a good fit for the games we have made," says Producer Noseworthy.

It's those blasted gamepads that foil the flow as usual. "We don't see porting a traditional PC RTS to console as a very good strategy because the controls, by definition, are incompatible with the game design."

Halo Wars is an exclusive RTS to Xbox 360 and has therefore been built from the ground up to sync with a gamepad, something that Relic believes you must do as well as "rethink what it means to have real-time-strategy gameplay."

There is a little ray of sunshine for the console RTS heathens out there who shun the keyboard and mouse. "Dawn of War II isn't a traditional RTS and I think it would make a much better candidate for porting to console than any of our previous games but there are no such plans right now."

EA have made it a point to convert the recent Command & Conquer iterations over to console as well - this RTS console fever seems to be catching on somewhere... 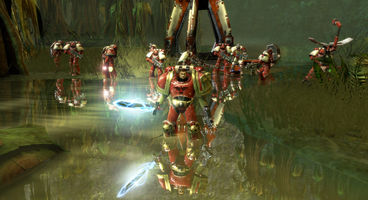 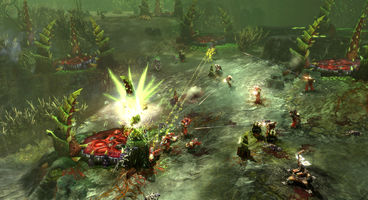