28 January 2008 | By Kres
Empire Interactive announced this morning that FlatOut: Head On is going to be released for the PSP on 14th March 2008. 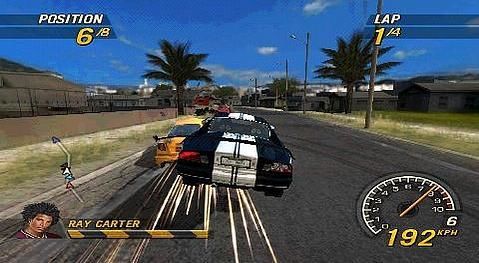 FlatOut: Head On is ready to drop the hammer on the PSP extreme racing genre, bringing high speed destruction and leaving more broken bones and wrecked cars in its wake, than a Richard Hammond Top Gear stunt. From rock-smashing dust ups in arid desert landscapes to down and dirty races through rubbish-strewn city streets, FlatOut’s PSP debut is yet another gritty excursion into racing carnage.

We'll be publishing our review of FlatOut: Head On near to its release date.

More info on FlatOut: Head On...