CD Projekt releasing new content through patches for The Witcher

31 March 2008 | By Jamie Davey
In a bid to promote the mod community for the studios acclaimed PC RPG The Witcher, the team will be including little adventures complete with new quests. Patch 1.3 will include a story set before the game kicks off.

Gamers can use D'Jinni which is the mod toolkit for The Witcher.

"We want to support our modding community as much as possible so we will be releasing our modules too. We also will try to show some hints, tutorials and so on. You shouldn’t be disappointed at all!"

The Witcher was well received by critics; it sees a return to more traditional roots of an RPG and has a deep and engaging source material to work with. It contains a number of 'pivotal' moments where the decisions the player makes can greatly affect the outcome of the world and its characters.

CD Projekt has already announced they'll be releasing the game again in an updated edition with improved game mechanics and tons more dialogue for English versions.

Click here to read an interview between The Witcher Vault and Mateusz Kanik. 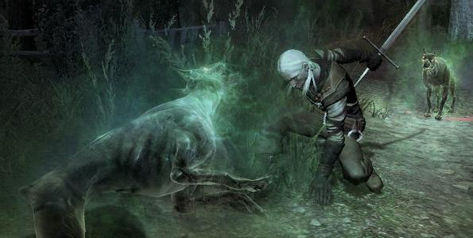