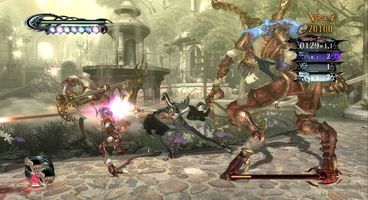 The launch day numbers for Bayonetta show the PlayStation 3 version the victor with 93k copies sold, while the Xbox 360 counterpart managed to score 45k sales among gamers.

Whether this continues with PS3 in the lead or not won't be known just yet until the first week's numbers get posted, which is this Thursday.

Western gamers eager for the action witch fest that is Bayonetta can either import a PlayStation 3 version of the game from Japan, because it has English and is region free, or wait until January 2010 arrives. Have you imported gaming wares before?