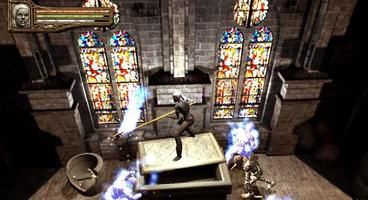 "This is a good fit for Warner Bros. and Snowblind Studios," said Tsujihara. "The arrangement broadens our portfolio with quality games and provides Snowblind with access to our global distribution and publishing capabilities. Snowblind has a great reputation and we are pleased to welcome them into the Warner Bros. Family."

Located outside of Seattle in Bothell, Washington, Snowblind Studios is known for the popular action role-playing games, Baldur’s Gate: Dark Alliance, Champions of Norrath and Justice League Heroes. The studio was founded in 1997.

“The acquisition of Snowblind is an important milestone for our games business, allowing us to expand our development capabilities even further,” said Martin Tremblay, President, Warner Bros. Interactive Entertainment. “We are proud to be associated with such a talented team that is focused on executing innovative and captivating game designs.”

Snowblind Studios will become the third development studio under the Warner Bros. umbrella along with Monolith Productions and TT Games. Warner Bros. Interactive Entertainment and Monolith Productions will launch “F.E.A.R. 2: Project Origin,” the much anticipated sequel to the hit game “F.E.A.R.” this month and TT Games’ “LEGO Batman: The Videogame” is one of the best-selling games of 2008.

“We look forward to working as a part of Warner Bros. Interactive Entertainment on creating several distinctive games with wide appeal,” said Ryan Geithman, Studio Head, Snowblind Studios. “Our team is committed at every level to making the best gaming experience possible for our audiences.”

We can't wait to see what Snowblind and Warner Bros. are working on, how about you?