05 May 2009 | By DakotaG
The current generation of consoles are seeing steep production costs and several weary publishers sitting on gigantic franchises until costs go down. Not risking the chance of potential sales bombs and critical failures due to the worldwide financial crisis, publishers are holding off dozens of popular titles that gamers are crying out for sequels. Sure, ‘sequelitis’ isn’t the best attribute of the video game industry, but you can’t deny that the following 10 titles don’t strike your fancy.

Indefinitely put on hold for a console release due to Tetsuya Nomura’s work on Final Fantasy Versus XIII, Kingdom Hearts is among Square-Enix’s most popular series yet to receive a next-generation makeover.

Rumors have been batted back and forth of its eventual release and where it’ll end up. It’s been said that it’ll show up on the Nintendo Wii due to the machine’s enormous popularity, but then again, Square-Enix may wait to see how Dragon Quest X works out for the console before committing their biggest casual-oriented RPG to any system.

If this was created by any other publisher, it would’ve ranked lower, but Breath of Fire is owned by the enormously successful Capcom. They’ve delivered hit after hit this generation and many of them have been revivals of many of their beloved franchises. From Mega Man 9 to the upcoming Bionic Commando, Capcom doesn’t seem to miss a beat nowadays.

While a revival for Breath of Fire has already been shot down by Capcom and its management, it’s only a matter of time when the RPG genre takes off for the Xbox 360 and PlayStation 3. When this happens, you can bet your bottom dollar that Capcom will be there to join the foray with bringing Breath of Fire back to life.

Eidos, the owner of this elephant of a franchise, is potentially being bought out by Square-Enix as of this moment. What this means to the Thief franchise is that it could see its revival sooner rather than later. Square-Enix is desperately trying to increase their foothold here in the West and they are trying to deliver games with more Western appeal. Thus, if the purchase does go through, it’s almost a guarantee that they push forward with a new Thief release. On top of that, there have been rumors circulating that Thief IV has been in the works for awhile at Eidos-Montreal, so we can look forward to more information on Thief resurfacing soon. 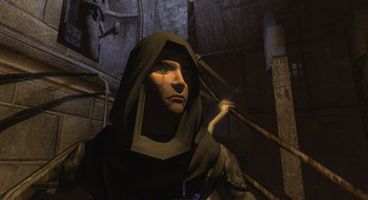 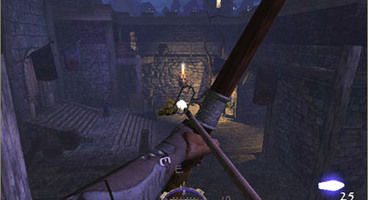 One of Konami’s biggest franchises, Suikoden has mysteriously fallen off the face of the Earth with the switch to HD consoles. Sure, a few Konami producers have been linked to a Suikoden VI project, but nothing concrete has arisen from the publisher on the series in a long time. The last installment in the franchise for any platform was in 2008 in the form of Suikoden Tierkreis for the Nintendo DS, so who knows if Konami is interested in producing a next-gen version of Suikoden. They’ll probably wait until there’s insurmountable evidence that gamers are hungry for the next iteration.

This series needs to make its triumphant return to the consoles and it needs to happen as soon as possible. Whether it’s a rail-shooter or a return to the RPG genre, Sega needs to return to its roots and bring Panzer Dragoon back to modern-day gaming. Sega currently is focusing on Western-oriented video games with movie licenses such as The Golden Compass and Aliens, but we all know that Sega needs to find its inner self again with Panzer Dragoon and a few other titles that made the list.

This is a gimme’. Microsoft should only look to Sony’s own Warhawk for a model of success. Warhawk is still fairly popular today after a year-and-a-half of being on the market in both retailers and on the PSN. As a multiplayer-only title Warhawk set new grounds for putting forth a full release on a download service. It’s time for Microsoft to attempt the same thing with going down this route with Crimson Skies. As of right now, the license is being handled by Smith & Tinker, a new start-up developer of former FASA members. Jordan Weisman, founder of Smith & Tinker, has stated that a new entry in the series will happen sooner or later.

The second Sega franchise on the list, we’d love to see Shinobi’s glorious arrival on the HD consoles. Action games are always in high demand. The last release was the first time there was a female Shinobi and we’re dying for more from this artistic franchise. With the raw power of the Xbox 360 and PlayStation 3, Sega should take full advantage of the new technologies and deliver a beautiful experience for all comers.

The last Sega entry in this list, Jet Set Radio is definitely a niche title that deserves more widespread attention. Among my favorite games for the original Xbox, Jet Set Radio Future was an unique experience that captivated gamers with its visual appeal and interesting gameplay concepts. While it would make sense for it to show up on the Nintendo Wii due to the cel-shaded graphics, Sega would be stupid to not explore any avenue they can with this underrated franchise for any platform. 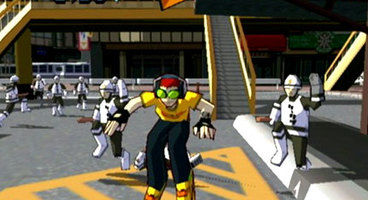 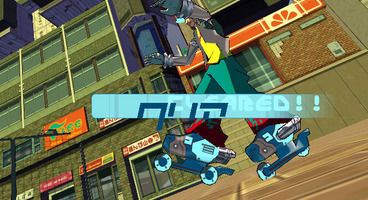 The weakest of Bioware’s latest games, Jade Empire may be unappreciated by hardcore fans, but that doesn’t mean that it still doesn’t stand out among the better RPGs last generation. Rumors have of course been spread around for a sequel in the franchise for the Xbox 360, but nothing has been mentioned in a long time concerning its fate. Dragon Age, Mass Effect 2 and Star Wars: The Old Republic are currently in development over at Bioware, so it remains to be seen if they’ll serve up a sequel to Jade Empire anytime soon.

As a new series that debuted last generation from Capcom, it’s odd that they have abandoned it as of late. It didn’t light the charts on fire, but critics and hardcore gamers ate up Viewtiful Joe like candy. It’d be incredibly smart for Capcom to release Viewtiful Joe for the Xbox Live Arcade and PlayStation Network with a few updates. It would even make a lot of sense for them to make a new title in the series exclusively for both download services since Mega Man 9 went over quite well for them.