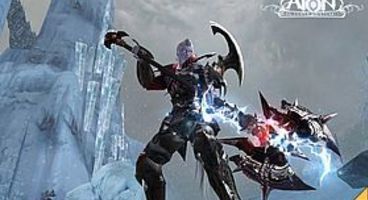 Lance Stites, executive producer of NCsoft West, has written an open letter to the Aion community, commenting on the extensive queue times and server over-population.

Stites did not mention the waivering subscription fees however, which many feel should be paid back to players who haven't been able to get into the game due to the servers problems.

"There's no doubt that we've done some things very well with Aion: the product is polished and incredibly fun. We managed to deploy to North America and Europe within the same week and have experienced strong demand. As most of you are aware, this has come at a cost in the form of queue times. This is by far our biggest challenge and has led to some frustration as players wait to enter their server of choice," announced Stites.

NCsoft has now upped their server capacity, and Stites hopes that the free, one-time character transfer next month will rectify any remaning problems.

Stites went on to say:

"Most of you are savvy enough to realize that a healthy MMO server needs a robust population. We have to calculate our reasonable concurrency numbers in a week and in a month and beyond. The last thing we want to do to our players is spread them out so that the 'massively' in 'massively multiplayer' gets lost."

"I read an interesting conversation about a safari hunter, and the question was posed to him: 'Why don't you take an Olympic sharpshooter that could hit a bulls-eye at 300 meters?' His response was: 'I don't care what he can do at 300 meters, what can he do at two meters?' And that's definitely where we are now: the rhino is upon us."

Stites also stated the Aion's players are NCsoft's "number one priority" at a frustrating time for many.