Epic's future titles to 'exploit' Natal in some way, "psyched about it"

09 October 2009 | By Simon Priest
VP Mark Rein of Epic Games has said all the studio's future games will have "some Natal support," though he's got "no idea" on specifics. Epic is "just sitting down" with it now.

They always look for "something that exploits" a platform, and Natal is definitely in the Xbox 360's future. Everyone "will do something" that taps Natal when it's out; they're "pretty psyched".

"I have no idea what we're going to do from a game standpoint, but from an engine standpoint, it's definitely cool stuff and we will support it," Mark Rein tells OXM.

"I think any future Xbox games we make will have some Natal support," he added. "We always want to have something that exploits the unique capabilities of a platform."

Given that Gears of War is the platform exclusive cousin to Halo for Microsoft, it's almost certain that the next instalment will involve some Natal action. It would allow devs to "get away with a simpler control scheme" for the traditional hardcore games.

"I think everyone will do something that exploits Natal once it's out there and everyone has it," continued Rein. "So will people be able to benefit from it? Yes. And then if they want to make that 'oh my god' really cool Natal experience, well, we got the engine for that."

"I'm pretty psyched about it."

Click here to read the full interview between Mark Rein and OXM. 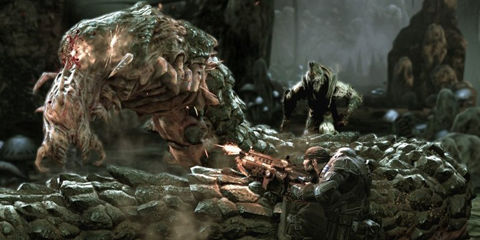