Lee Perez: "Raven Squad PS3 possible, but it must be well received" 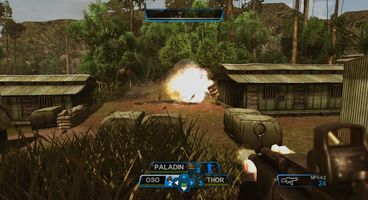 Lee Perez, Producer on Raven Squad, has told Strategy Informer that a PlayStation 3 version of the hybrid FPS/RTS could be possible, but it all comes down to how well the game is received and if there's enough demand for it.

"Right now our goal is to finish Raven Squad and ship. The PS3's different architecture wasn't something we had time to really work on. That doesn't mean Raven Squad won't ship for the PS3, but it just won't ship now. If there's enough demand for it, because this is a new IP, then definitely, it'll be on the PS3.” said Perez.

Are you hoping to see a PlayStation 3 version of Raven Squad? We would like to see how it plays on the PC and Xbox 360 first, then if it's a bug-free game that hasn't been rushed, it might be worth developing for the PS3 with added features and improvements. Multiplayer gametypes would be a good move.

Check out our full interview with Lee Perez here.