14 April 2009 | By Simon Priest
US TV's Judge Mathis has admitted to liking GTA IV and so sees a silver lining to violent videogames; they can teach young gamers real-life consequences.

Going to prison a criminal will "gain credibility" when back on the streets, but "you can also be raped. So take your chances." The GTA-style shooter offers a "mainstream successful life."

"I know that the most popular game out there is Grand Theft Auto IV and I know that a lot of young videogame players like the action of criminal activity," said Mathis.

"In this game, we're giving them that action and adding the option of living a mainstream, successful life. They have the combination of an action-packed criminal activity, as well as the opportunity to turn their lives around and pursue a level of success, as I did after leaving my background in the world of crime."

"The main difference between our game and Grand Theft Auto is that players will have to deal with the justice system and consequences for their actions," explained the lawman.

The videogame is being developed in collaboration with Hollywood movie man Matty Rich, who cites the theme as, "Play with games, not with guns." Is some virtual 'dropping of the soap' going to scare gamers straight (no pun intended)?

Mathis "Detroit" Street Judge is being released on Xbox 360, PS3 and PC this year. 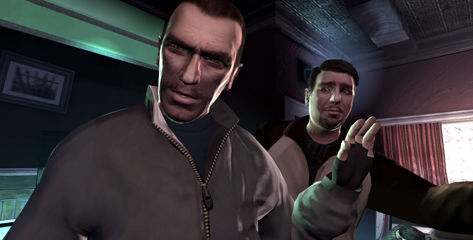