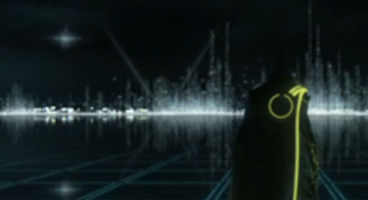 Developer Propaganda is handling the new Tron: Evolution from Disney Interactive, which is "one of the keys" to unlocking Tron mythology.

The game takes place before the Tron: Legacy movie, with the collaboration between the two projects "exceptional" said a producer.

"We expect 'TRON: Evolution' to be a premier action-focused game that both stands on its own and supplements a major event film," said Propaganda Games' Dan Tudge.

"Because Propaganda Games is based in Vancouver, which was the site of the film’s principal photography, we were able to leverage the proximity to continuously collaborate with the filmmakers and ensure authenticity between the two projects."

The Tron: Legacy film will mention events from the Evolution game says the press release, as "an integrated entertainment experience," apparently. Each project will stand on its own two feet. "The collaboration between the video game development studio and the film creators is exceptional,” said Legacy producer Sean Bailey.

Tron: Evolution is being released on Xbox 360, PS3 and PC in "Holiday 2010", which is before Tron: Legacy hits the theatres. See the VGAs debut trailer below.