TopWare Interactive: "With GRACE Engine it's no wonder Sony and Microsoft are putting off Next-Gen consoles for another 2 - 3 years" 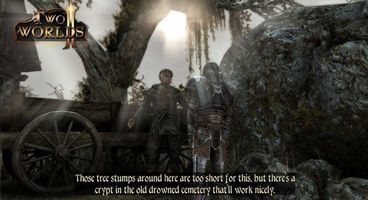 In an interview with Strategy Informer, Scott Cromie Producer at TopWare Interactive has been talking about the GRACE Engine, which will be used for the development of Two Worlds II across all platforms.

Cromie claims that the breakthroughs of this engine are changing the way we see and experience video games on consoles.

"No longer do console manufacturers need to release a new system every 2 – 3 years. The technology at the core of the GRACE engine enables graphics rendering and physics processing to be achieved on a far less expensive and advanced machine." said Cromie. "Four years ago when Microsoft released the Xbox 360, no one could have conceived that the technology would have lasted this long."

"With the monumental technological advances made with the GRACE Engine, it’s no wonder why Microsoft and Sony are putting off the release of their Next-Gen consoles for another 2 – 3 years." he continued.

You can read our full interview with Scott Cromie here.