19 January 2009 | By Simon Priest
While Mass Effect is starting to play on the minds of fans once again with increased chatter of a sequel, a two-disc combo will be arriving for Xbox 360.

The second disc will come with a "Documentary, Game Trailers, Music, Design Galleries and Bring Down the Sky". The US retailer lists the edition for just $20, not bad.

This special two-disc edition for the critically acclaimed RPG from BioWare is only available through GameStop it seems, and is expected to be released this February 10th. 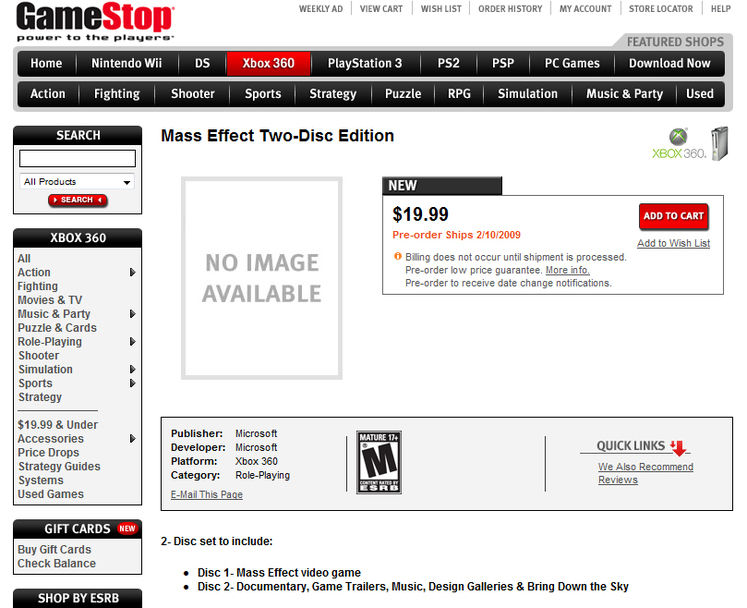