23 February 2009 | By Simon Priest
The all volunteer developers who've clubbed together around the world say they've almost reached the finish line for "Milestone 6", which releases in April.

The project is to remake Ultima VI: The False Prophet "with newer graphics and a more immersive engine." The dev team call themselves Archon, and use the Dungeon Siege engine.

"The Ultima 6 Project is nearing completion, and the scope of the project is such that we’re going to have to cut back on some non-critical items in order to be able to complete the game with our current resources," write Archon in their press release.

"The team is currently working madly to finish the Milestone 6 (M6) release, which is scheduled for the April time frame. Since the M5 release, the gargoyle lands and all the Britannia dungeons have been built, and the last three Gargoyle dungeons are in the process of being completed."

The scale of the project is impressive to say the least and shows just what a dedicated bunch of gamers turned modders can accomplish together; they're still looking for new recruits. They use the Dungeon Siege engine to produce the remake.

"...the team is looking for a 3D modeler. We are also looking for writers, 2D artists (portraits/textures, etc.) and music creators. And, of course, we're always looking for play-testers." 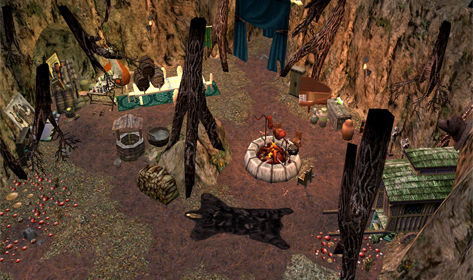