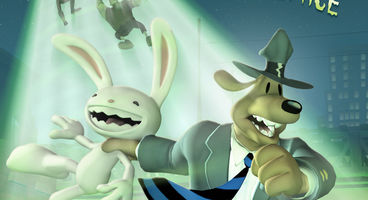 Telltale announced today that the first two seasons of Sam & Max will be appearing on Xbox LIVE Arcade. This is the award-winning comedy duo's first appearance on the Xbox 360, as well as on a connected console download service. Worldwide PC and Wii retail releases of the second season are also upcoming.

These approaching releases will sport catchy new monikers to more closely tie the season titles with their respective story arcs. Season One, which takes the Freelance Police from the New York City streets to Washington D.C. and all the way to the moon on the trail of a hypnotic nemesis, will be dubbed Sam & Max Save the World for all new releases moving forward. Season Two, which involves a baffling series of time paradoxes at the hands of unconventional aliens, has been renamed Sam & Max Beyond Time and Space. The Xbox LIVE Arcade releases will carry these new titles, as will Atari's 2009 retail versions of the second season.

"With Sam & Max coming to Xbox LIVE Arcade and the approaching retail launch, we're reaching a larger audience than we ever have before," says Telltale CEO Dan Connors. "These new releases give us an opportunity to better communicate the imaginative stories that make the Sam & Max games so special, and to strengthen the unique identity of each season."

Both Sam & Max seasons will be released on Xbox LIVE Arcade as full-season bundles, providing instant gratification to players who have been eagerly waiting for the Freelance Police to appear on Microsoft's console.