The free-to-play model used in Asia, where users pay micro-transactions instead, have been used to "proclaim the death" of the monthly subs; 2008's figures say otherwise.

"Industry commentators have for some time been using the example of the Asian online games market to proclaim the death of subscription business models in the West," said the senior analyst, "praising the accessibility and flexibility of free-to-access games that generate revenue by encouraging players to make micro-transactions as part of the gaming experience."

"Subscriptions remain an important and lucrative way of monetising MMOGs in the West across all game settings and consumer groups, and the results in 2008 support this view."

World of Warcraft remains the most visibly successful MMO of all time and uses subscription-based fees to keep the lights on; Blizzard's online world holds 58% of the Western MMO market. Spending on other massively online games was up 27% last year.

"Overall, the outlook for subscription-based MMOGs remains positive over the next five years. By 2013, we expect the subscription market to top $2bn in consumer spending and for it to maintain its role as a key business model for monetisation alongside micro-transactions."

Is it right for an MMOG to use both subscriptions and micro-transactions alongside one another? Do you favour monthly subs, or sneaky micros? 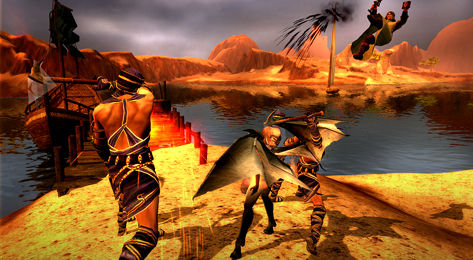