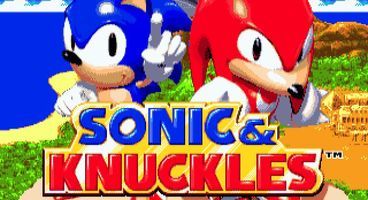 Sega has announced that Sonic & Knuckles will be hitting the Xbox Live Arcade on 9th September.

The Sega Mega Drive version of Sonic & Knuckles allowed you to stack expansion carts for unlocking extras from Sonic 1, 2 and 3. Sega has a similar method for the Xbox Live version where you'll get extras if you own the previous games:

- Sonic the Hedgehog 2: Lets you play as Knuckles, complete with the ability to get to previously inaccessible areas of the game, and new power-ups added for playing as Knuckles

- Sonic the Hedgehog 3: Play as Knuckles in Sonic 3, and also changes the flow of the game and connects it directly to Sonic & Knuckles, so that you can play the two seamlessly!

Check back soon for our review of the XBLA version of Sonic & Knuckles.