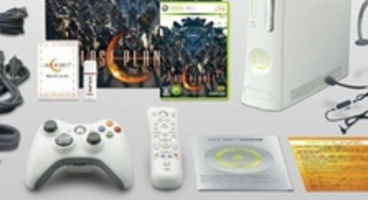 Still determined to crack that Japanese market, Microsoft and Capcom have unveiled an Xbox 360 bundle for the upcoming Lost Planet 2.

It packs the console, a 60GB HDD, a copy of Lost Planet 2 plus a 2GB USB device with premium game content on it. It's out on May 20th.

The Xbox 360 bundle is priced at ¥24,800, which is about $265 to us Western type gamers. Only a 60 GB HDD? Microsoft recently announced that their 120GB HDD and Memory Card line will be left to run dry at retail, as they fully commit to 250GB HDDs.

Reckon those staunchly PlayStation and Nintendo Japanese will give Microsoft another shot with their latest bundle offer? Lost Planet 2 was to be exclusive for a time on the Xbox 360, however Capcom changed their mind and declared it multiplatform.

Lost Planet 2 releases on Xbox 360 and PS3 May 18th in the US, and on May 21st in Europe. Check out the trailer below. Have you been itching for more Lost Planet?