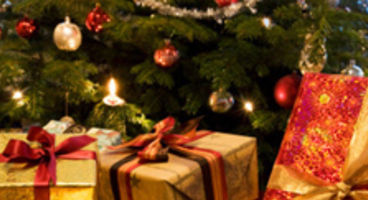 Sherlock eat your detective heart out because fans, World of Warcraft fans, have done some digging and conclude Cataclysm is out December 7th.

While poking around the next patch game files, avid MMO enthusiasts found this little text gem: "Arena battles and Rated Battlegrounds are only available during an active player versus player combat season. Season nine will begin on December 14th, so be prepared at that time to take your shot at glory!" 14 - 7 = 7, December 7th!

Here's what Blizzard's Zarhym posted on the official forums:

We are currently planning to end Arena Season 8 as early as October 12. At that point we will go through our normal process to determine who is eligible for the end-of-season rewards. This process should take approximately one week.

It's very important for players who feel that they may be eligible for the Arena-specific titles and/or the Wrathful Gladiator’s Frostwyrm to refrain from transferring their characters to another realm or faction until after Arena Season 8 ends.

The next Arena Season will begin for level-85 players approximately one week after the official launch of World of Warcraft: Cataclysm.

During the break between seasons, all rated matches will be turned off and Arenas will be unavailable. All Team Ratings, Personal Rating, and Arena Points will be wiped when Arena Season 9 begins, but Matchmaking Rating and Honor Points converted to the new currency system will remain.

So going by this circumstantial evidence from two Blizzard sources, World of Warcraft's latest expansion which sees a huge overhaul to the original 2 game world continents will be releasing around the December 7th mark, which is a Tuesday.

Other rumours rumble that Cataclysm has in fact slipped its late November window to a December one, which ties in very nicely with this fan sleuthing. Naturally this is all pure speculation as until Blizzard decrees it so, we remain in the dark officially.